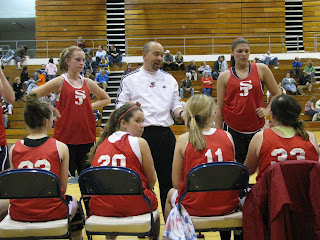 Coach sharing words of wisdom during a Time Out 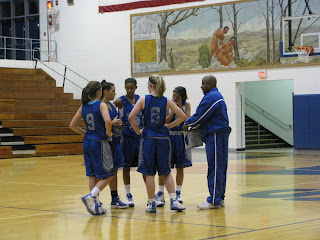 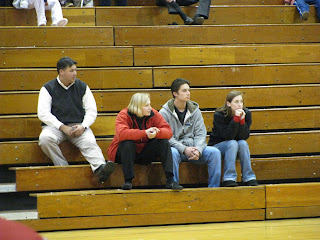 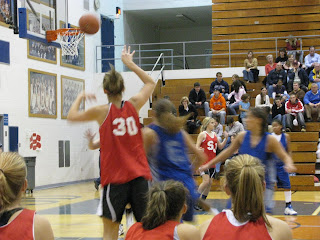 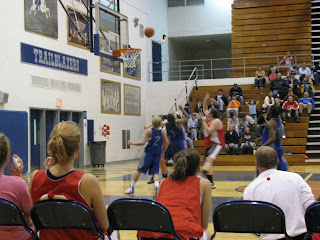 Lady Generals battling for the boards 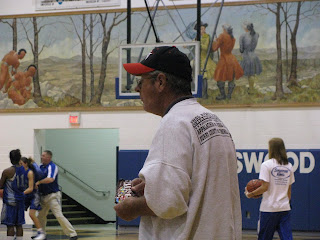 Mr. Burner taking a break from the scorers table between quarters 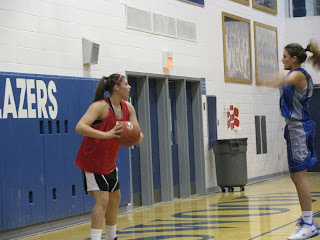 Trying to inbound against the Trailblazers press 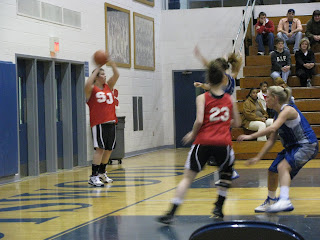 Meghan Lutz (23) cutting to the ball 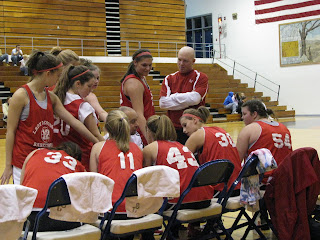 Coach Burner and his Lady Generals 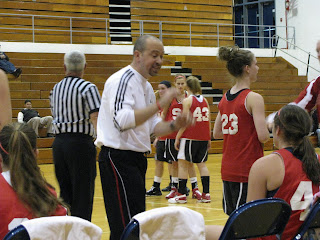