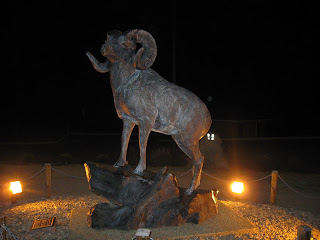 The almighty Ram protecting the town... 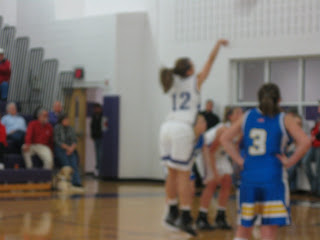 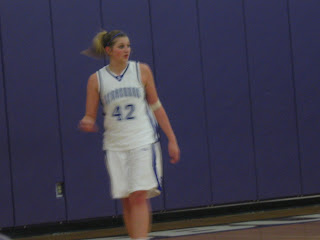 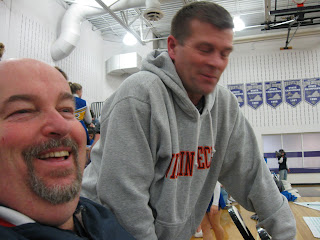 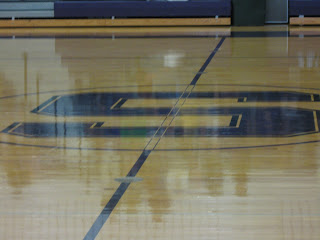 Just looking at the Purple "S" makes me think of Mr. Doman chanting "We Are" 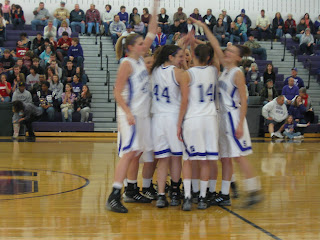 The Rams just before tip 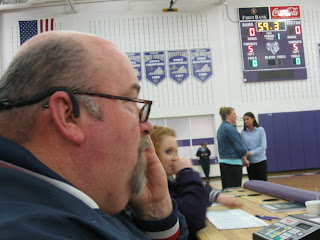 Notes from the contest:
Junior Jacyln Ayers finished with another double-double after collecting 11 rebounds!