Strasburg-Rapp Volleyball : The College Years / Guy returns for BC 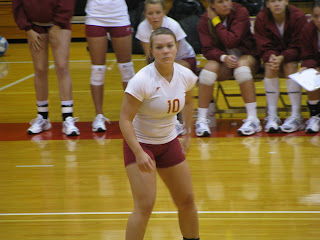 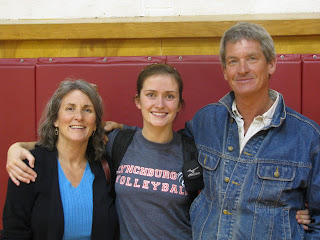 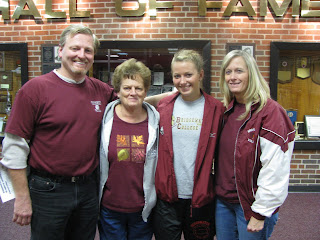 Sorry about the Saved By the Bell reference but one of the more enjoyable events I have covered over the years is Volleyball matches between Rappahannock County and Strasburg.

The Panthers and the Rams have played some intense matches and the atmosphere in the gyms have been amazing. Three of the former athletes that participated in the rivalry were on the court at Nininger Hall Wednesday night when Lynchburg College played Bridgewater College. Elena Kritter, Bethany Doman and Katie Baker all made the trip to the Final Four in Richmond back in 2007 and it was fun to watch them compete against each other one more time.

Just as it was back in 2007 Kritter (RAPP) was on one side of the net while Doman and Baker (Strasburg) were on the other. The parents of all three were at Bridgewater as were Mr. & Mrs. Guy from Wilson Memorial. Not only was it pleasant to see everyone again but the level of play in the gym was pretty impressive.