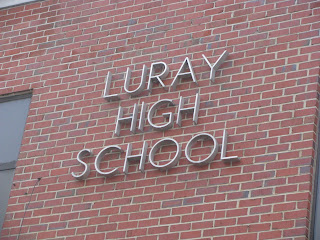 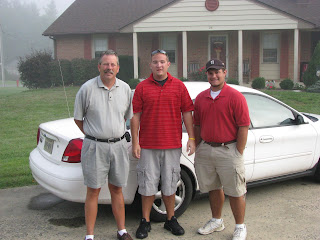 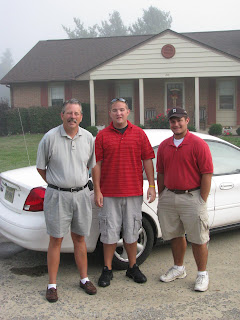 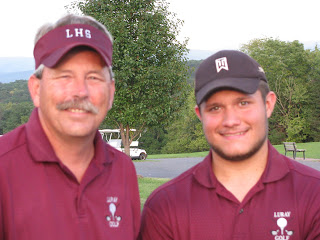 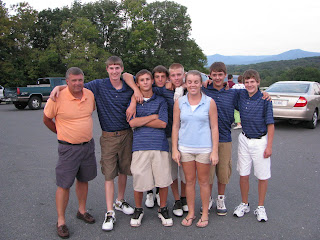 LURAY- The last time we visited the Luray Bulldog and Page County Panther golfers the teams were winding down their regular season with a Ryder Cup style match at the Luray Caverns Country Club. Brian Giles and his Bulldog teammates won the match that day but both Giles and PCHS's Brian Vandanna had their sites set on the Shenandoah District Tournament coming up at the Shenvalee Resort in New Market.

Back on September 22ND, the Luray and Page County teams were joined by Riverheads, Stonewall Jackson, Wilson Memorial and Buffalo Gap in New Market. Each of the 6 schools had their hopes of advancing on to the Region B tourney scheduled for Monday October 6, 2008.

The district tournament received plenty of coverage from a number of talented writers as Tim Tassa (Northern Virginia Daily) Ken Boserman (Staunton News-Leader), Bill Meade (Page News and Courier) and John Galle (Shenandoah Valley Herald) were all there to cover their local golfers.

Stonewall Jackson captured its third straight District crown with a team score of 340 and the Wilson Memorial Green Hornets (358) will join the Generals down in Farmville as the top two teams qualify for Region play. The top six golfers from the other four schools earn a trip to Farmville as well.

Buffalo Gap had a pair of golfers advance with Emily Workman (85) and Jeremy Swiney (90) claiming two of the six spots. Riverheads also had two golfers earn a trip down South as Skyler Shupe (83) and Britt Failes (89) made the cut.

Now that brings us back to the two Page County schools with two spots remaining. Giles is a senior at Luray and was looking for his fourth straight trip to the Regionals. The 2005 Bulldogs qualified as a team and Brian earned the next two trips himself. Giles didn't have his typical round of golf at the District event but his 89 completed the "Regional Slam" if you will.

Bryan Vandanna will be making his first trip to the Regionals as the PCHS sophomore carded a 90 to advance to the next round of play.

The event is being played this year at the Manor Resort Golf Club in Farmville and to take a look at the course you can visit http://www.manorresort.com/ . I was able to catch up with the trio heading South from Luray for a few minutes early this morning. Volunteer assistant Coach Ryan Carroll is joining Mercer and Giles for the trip down with a practice round for Giles included in the plans for the day.

We will try and visit with Brian after his tourney to file a report on the experience for another LHS student that has excelled in representing his school! Go get 'em Brian!