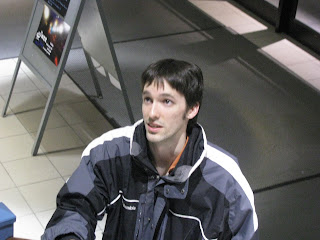 Going to lead off with a pic of John Galle. John received some really cool news today about a photo of his but that will be a bigger story for a later day. John worked the Central @ Handley Boys game in Winchester before stopping in to check on the Stonewall Girls game. 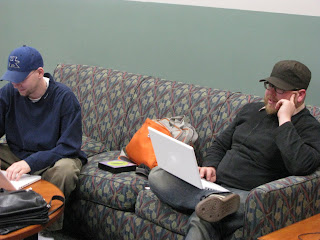 The hard working duo from the Staunton News-Leader. Check out Shaun's gamer at http://www.newsleader.com/ as well as the artwork from his partner in crime. 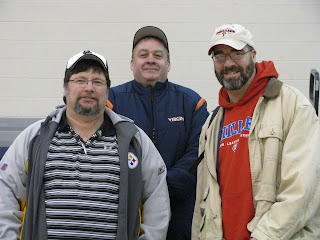 Had to sneak in the back of this pic. Galle was kind enough to snap this pic of 3 Waynesboro Generals loyalist. Keith Ramsey to the left and John Leonard to the right. 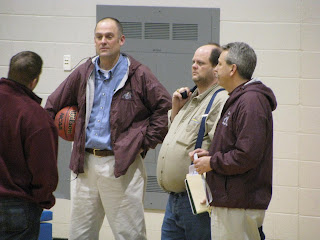 Part of the Luray brass that is responsible for hosting the event held each year at EMU. Love the idea of the High School kids getting to play on the college gym floor! 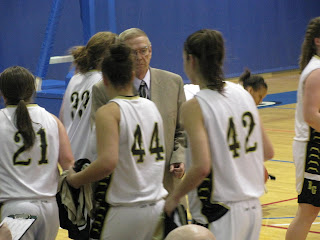 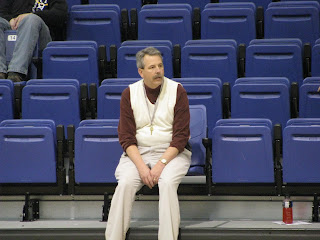 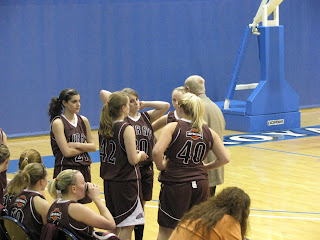 Coach Painter and the Lady Bulldogs during a time out. 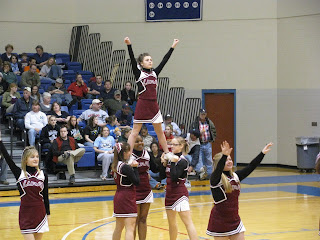 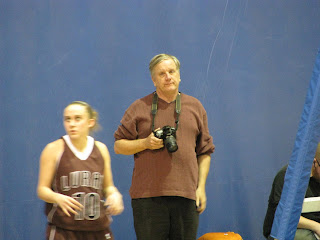 LHS's Brooke Good with PN & C Bill Meade in the back ground. 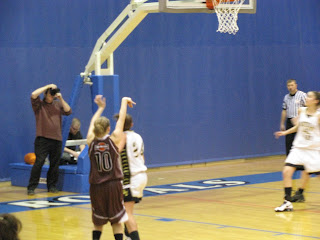 Swish was the end result for the "J" from Good 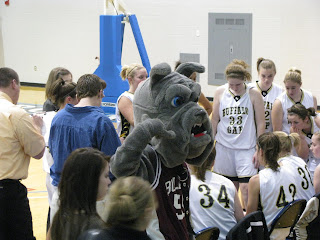 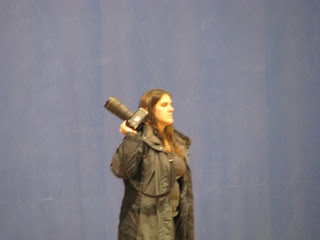 This nice Lady snaps the shots for Rob Sisk down at the News Virginian. Check out their work at http://www.newsvirginian.com/ . 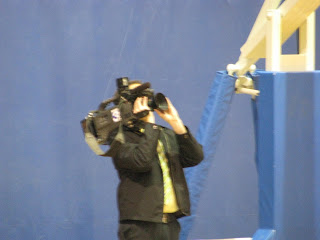 TV-3 talent Damon following the flight of the basketball. 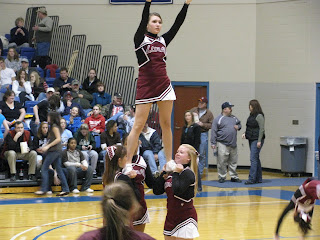 The pyramid performed once again. 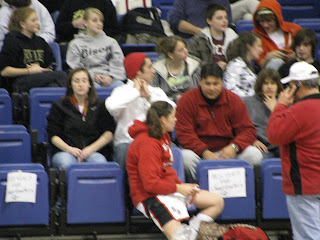 Stonewall's Heather Stout visiting with her family after the opening game.
Heather finished with 16 points & 7 Rebounds for the night. 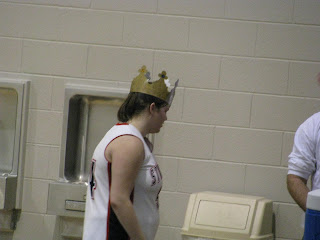 Some of the SJHS fans were wearing Burger King hats during the game. After the game "Bull " Richardson was honored in my book as "Queen of the Glass" for her efforts.
Bull finished with 20 points and 12 rebounds for another Double Double ! 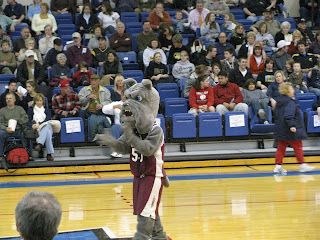 Romping & Stomping as only the LHS Bulldog can do! 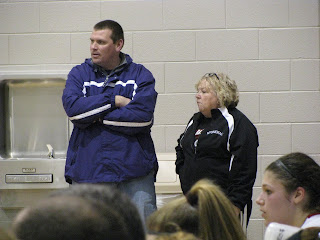 Strasburg Head Coach Joel Morgan visiting with Mama Burner. Morgan and his squad will face off with George Mason Thursday night. The Bull Run Crown will be on the line... 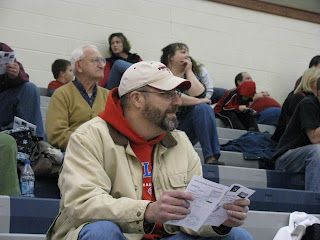 John gets a big THANK YOU for bringing back up batteries to the game. Can't take many pics without a working camera. 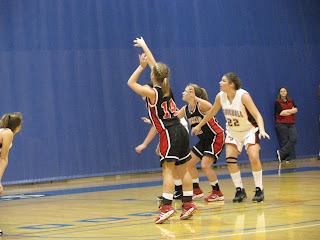 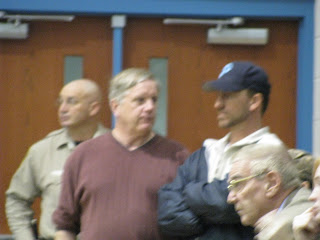 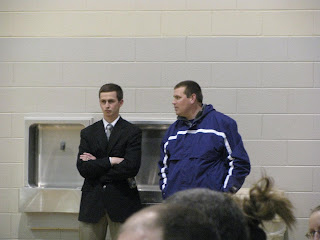 Gap's Chad Coffey and Rams Morgan met twice this season. Is there a third battle upcoming in Region B play ? 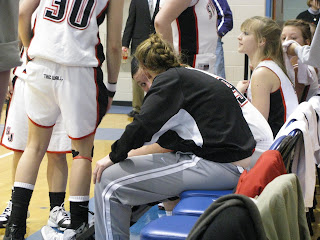 Freshman guard Cassie Conley in street clothes cheered on her team. Conley will be out the remainder of the season but will be in the gym rooting her fellow Generals. 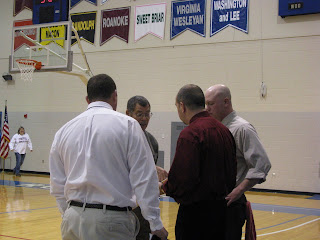 Stonewall's coaching staff and Mrs. Richardson in the back ground. 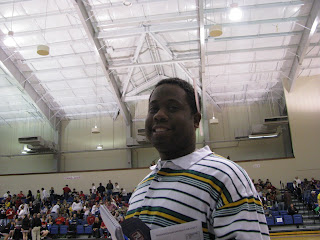 One of my favorite sports scribes - Mr. Chris Lassiter. Chris is always smiling and full of good will. He was covering game one and you can check out his gamer on Stonewall - Riverheads at http://www.newsleader.com/ . 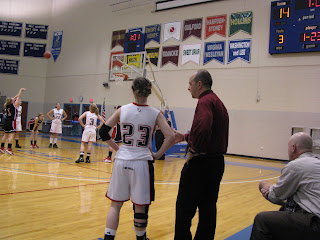 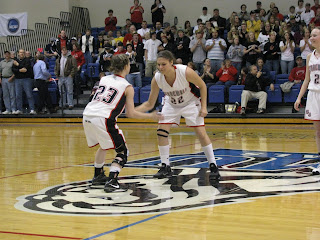 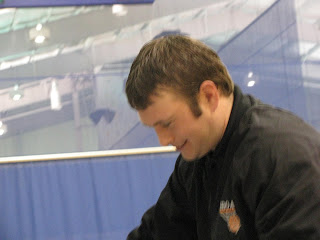 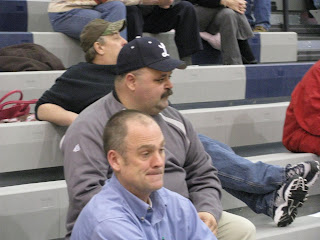 Luray Athletic Director Don Ehlers and Mr. Buck Harmon
______________________________________
There is another gamer to check out on the Riverheads vs. Stonewall game. Jeremy Stafford was at the game and usually there would be a pic of him next to http://www.nvdaily.com/. No pic tonight because I hear TK was having some fun at his expense about being the lead pic last night. Check out this young mans work in a few hours.