VBL Owners Meeting kept me out of the Gym - But not my thoughts... More InBox goodies from Wednesday Night 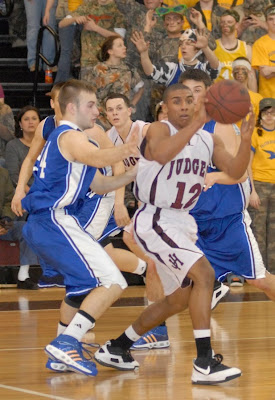 Handley ended Roger Wilkins & his Falcons season but that doesn't take away from the numerous milestones in their farewell season in the Northwestern District.
Thank you to Roger, Mickey & the 4 Falcon Seniors! 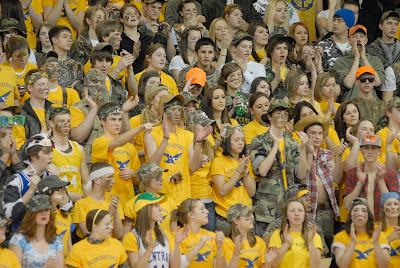 While they weren't playing in "The Nest" you would of never known it from this pic! 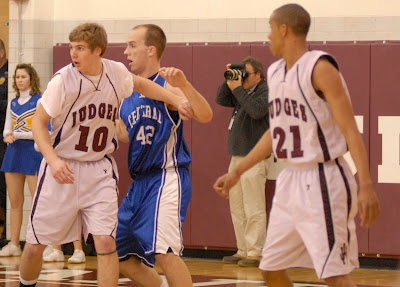 Senior J.J Armentrout looking for some space inside. 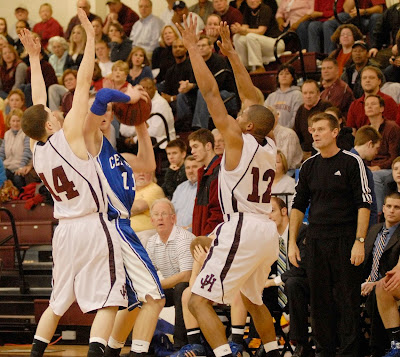 Wilkins looks on as the Judges double team Aaron.