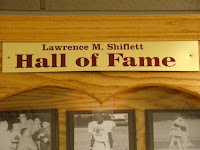 Honored
Charlie Dodge was added to the Warren County's Lawrence M. Shiflett Hall of Fame on September 12 for his dedication and achievements while coaching the Warren County wrestling team. His plaque (pictured below) reads as such: 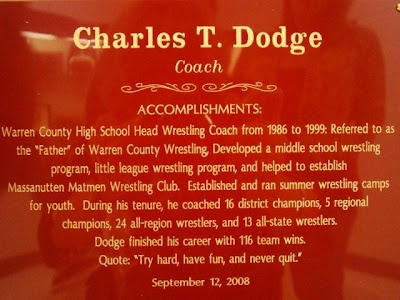 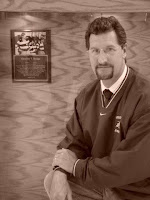 A Note from Mrs. Dodge (Alias: The Rabid Rebelle) 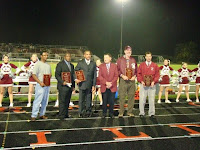 "Additionally, Charlie resurrected the wrestling program after it folded for about a year due to not having a coach. When Charlie started they didn't win a single match--mostly because he couldn't field a full team and they had to forfeit a lot of matches. But he hung on and year by year they improved until they became one of the strongest and most well known programs in the state. I mean, when you get an Olympic medalist like Bruce Baumgartner and hall of famer Wade Schalles to come and work your wrestling camps, I think you've arrived.

Needless to say I am very proud of Charlie. I know how very hard he worked, how much he cared, and how much he gave to the wrestling program. I know because all of the hours he gave to WC were hours not spent at home with the kids & I. Truth be told, I resented that for awhile but then 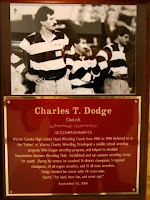 realized how important it was to him and that he didn't make the sacrifice lightly. I also realized that this was precisely why I loved him so much--that he could commit so totally to a community of kids that needed this sport and needed him. It is touching and gratifying indeed to witness the warmth and esteem that the people of WC hold for him. He is one in a million! LUCKY ME!"

by Shane Woolf said…
Coach Dodge was an amazing Coach and an amazing man!

I would disagree on one point. The coach isn't one in a million, he is one of a kind.

Thank you for your sacrifices as well. You and Coach will always hold a special place in my heart.