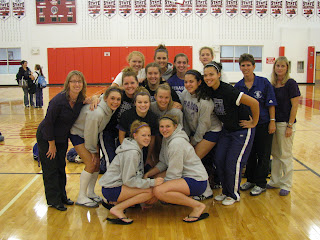 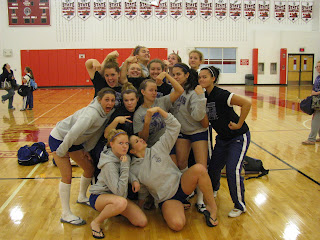 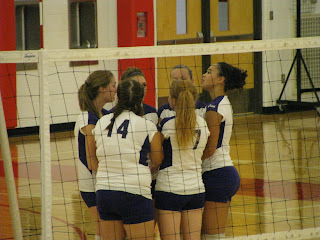 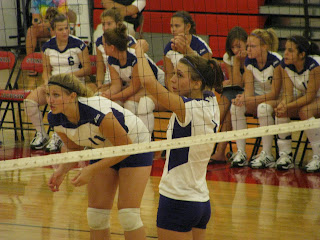 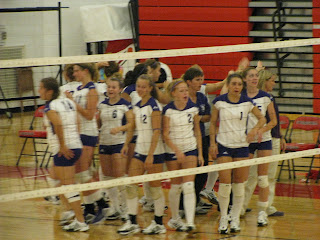 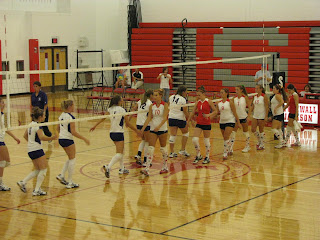 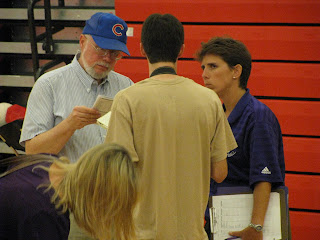 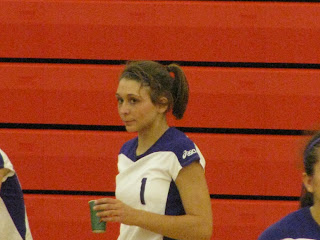 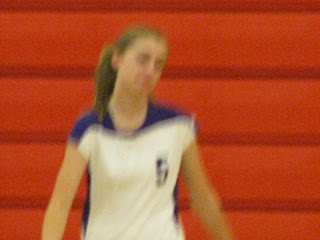 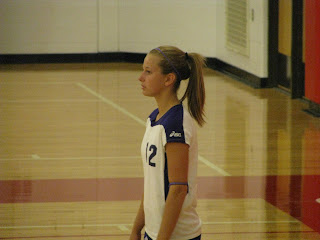 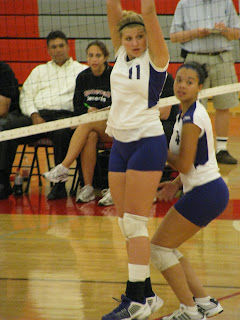 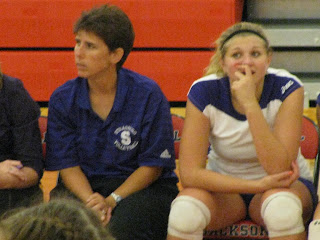 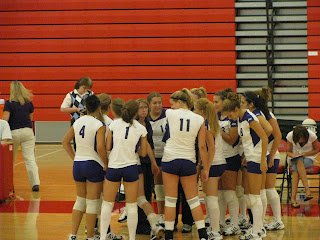 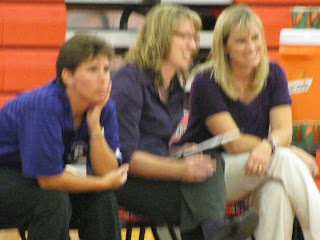 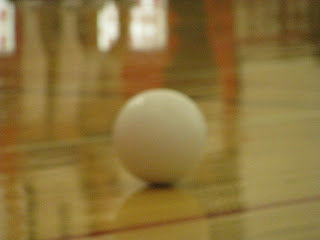 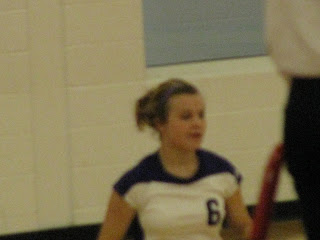 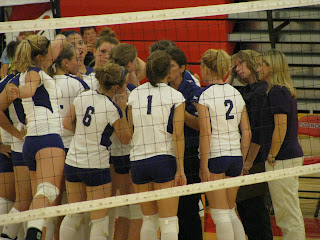 QUICKSBURG -I had my third chance to visit with Rams Head Coach Suzanne Mathias and her Rams Thursday night and I noticed a "New" noise coming from the team...
Strasburg defeated Shenandoah County rival Stonewall Jackson 3-1 to improve their record to 7-2.
Strasburg opened the match strong with 25-14 and 25-16 victories but Stonewall would rally back during game 3. Facing match point while trailing 24-23, the Generals finished the game by capturing three straight points to force a fourth contest.
The start of the fourth game was when I first noticed the progress the Rams had made this season. Stonewall opened the 4TH game strong, opening up a 14-10 lead and appeared to be on their way to forcing a fifth game. Strasburg remained calm and came up with the run they needed (14-4) to retake the lead at 24-18. Senior Bethany Doman finished the match off with her 7TH kill of the night and just like that the Rams had captured their fifth straight non-district match.
The quiet confidence during the later stages of the match turned into an outburst of laughter amongst the seemingly relaxed team. It was one of the things that makes the game of high school volleyball such a treat. These young ladies are just trying to represent their schools and as they say-playing for the name on the front of the jersey.
"We are starting to play together as a team out there," Mathias said. "They have been working really hard and you can see that they know where their teammates are going to be."
Jenna Smoot (14 kills, 6 blocks) and Lauren Agnew (10 kills, 2 blocks ) led the attack for Mathias but the victory was a team effort. Mathias took the time to explain the cycle of life that her team has experienced this year.
"They have times where they become frustrated with my expectations, " Mathias noted. "They are sure that they have what it takes to meet those expectations. Everyday in practice I simply keep making them work through that frustrations because I am not going to lower my expectations for them."
After watching the Rams earlier this year at both Page County and Luray, the confidence that the team is playing with has grown by leaps and bounds. The rest of the Bull Run District will once again have their hands full when it comes time to face the Rams. Strasburg will open district play next week with road trips to Berryville (Clarke County) and Madison (Madison County). The Madison match is on Thursday night and should create one more opportunity to check in with Mathias & Her Rams...
"They can hit the ball and they are powerful if they attack the ball," Mathias added. "We just need to focus on finishing."
_____________________________________________________________
Great news from Blacksburg where Kaitlin Smoot survived 75 Hokies trying to make the Va. Tech Club team. 75 players vying for one of 12 spots on the club and Ms. Smoot accomplished just that and will be playing her freshman season for VT. I will try and look into their scheduling to see when the will be playing in our area! CONGRATS Kaitlin !