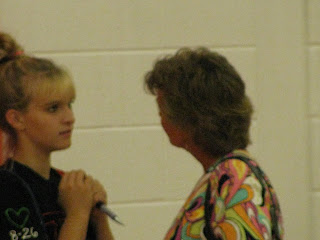 Roger Wilkins is the man that works so hard to make you feel at home each and every night that the Woodstock River Bandits play at Central High School. I have known Roger for a few years know and his ability to work the microphone in a way that makes you feel like he is having a personal conversation with you is just one of his remarkable talents.

Thursday night had Roger and his partner in crime Mickey (Bridgewater- Class of 1979) were in the gym at Stonewall Jackson High School to watch Roger's daughter laced them up for the Stonewall Jackson Generals Volleyball team. Whitney Wilkins is a sophomore on the Varsity team coached by Sophie Stout.

Whitney wears #2 and is listed in the program as a setter and outside hitter and Roger was there to show his love and support for her every step of the way. Roger is the Boys Basketball Coach at Central,teacher, assistant Athletic Director for the school, PA Announcer for Stu's River Bandits and this is just the start of the list for one of the most amazing people you will have
the pleasure to meet.

Jeff Burner, the Mayor of Quicksburg as I like to call him, was in the building to confirm that the younger Wilkins has a number of her father's traits. When I was able to pass the kind words on to Roger later, he response made me smile.

"I try and make sure she understands the important things in life," Wilkins said. "You need to make sure how you act and how you treat other people."

Dad was cheering on his "Tiger" all night and it was fun to get to visit with Dad and Daughter after the match. "Tiger" has been Whitney's nickname for about 15 years now and I don't think she would want her Dad to be any other way!

Roger will add PA for the 2009 VBL All-Star Game next Summer as Woodstock will be hosting the game at Central. After watching him teach,coach,lead and mentor over the past 3 years I can't think of a better person to handle that task for the VBL!

Love the Class that is Roger (and Mickey)... 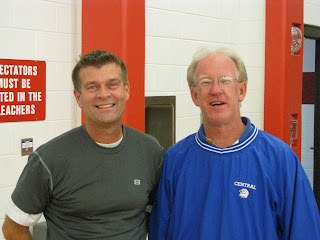 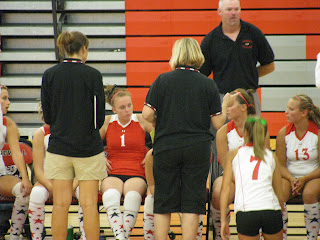 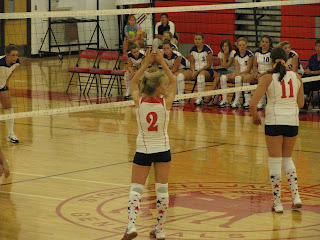 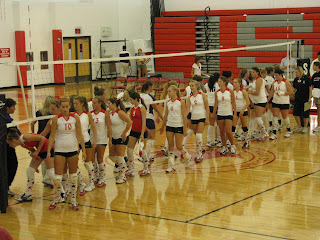 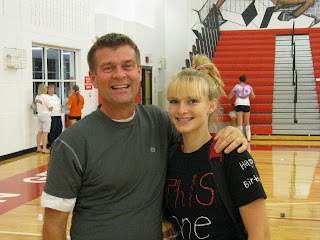 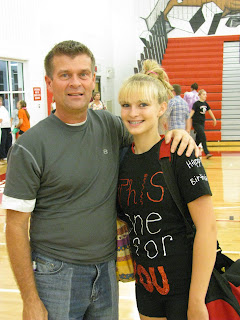 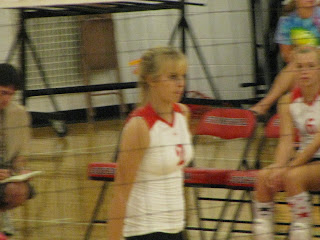 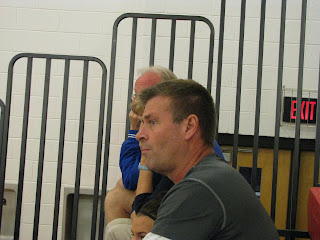 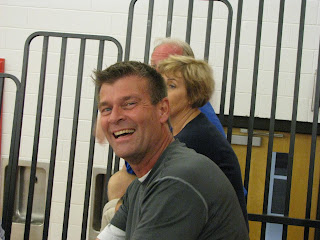 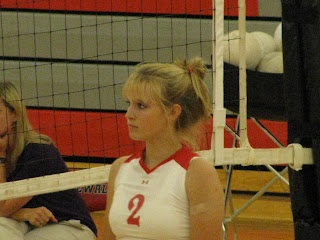 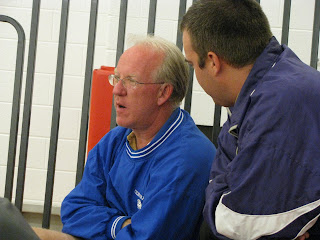 Mickey has a story for every occassion and a smile on his face to go with it...