Showing posts from November 8, 2009
Show all 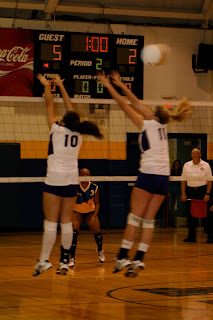 STRASBURG - Madison County was up 2-1 at Altavitsa Thursday night but the home team rallied back to win games four & five so Strasburg will make the trek down US-29 on Saturday night for the Region B Championship. __________________________ Strasburg (23-1) earned their third consecutive trip to the State Tournament at home tonight by sweeping the Governors of Nelson County 3-0 (25-21, 25-11 & 25-21). Bull Run District Player of the Year Jenna Smoot led the attack for Head Coach Suzanne Mathias with a rare double-double. The senior collected 10 kills and 10 blocks in one of her more dominating performances of the season. ___________________________ Smoot hit the court running by collecting 3 kills and 1 block in the first 2 minutes of action as the Rams raced out to a 7-0 lead. Nelson County (19-6) would rally back throughout the opener and cut the lead to 22-19 on an Ace from Keona Loving. Strasburg closed out the first game 25-21 behind a back row kill from Ally Kau
Post a Comment
Read more 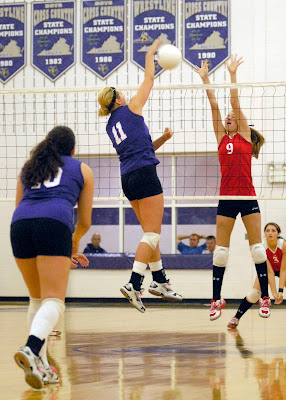 Bull Run Player of the Year - Ms. Jenna Smoot in action versus Stonewall Jackson Tuesday night. Side Note- If you look out the window in the space between Jenna and Stephanie you will notice Jenna's father taking in the action.
Post a Comment
Read more

Pics from the Inbox - More coverage from the Strasburg Express 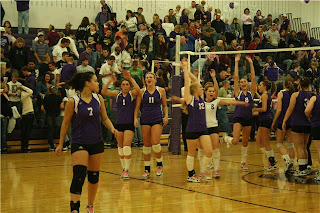 I believe it was Cyndi Lauper that said "Girls Just wanta have fun" but it is in the pre -game pep talk that Coach Mathias gives her squad before every match- "Play Hard and Have Fun" Here is the celebration after the Region B QF win over Stonewall Jackson. Next up is Nelson County on Thursday Night. 11 on 11 Volleyball In the Land of Purple & White Bull Run Tournament Champions Once Again ! _________________________________________________________ Always happy to share photos that have been sent in to us and the ones above are a few from Saturday & Tuesday night!
Post a Comment
Read more 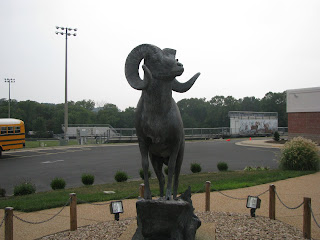 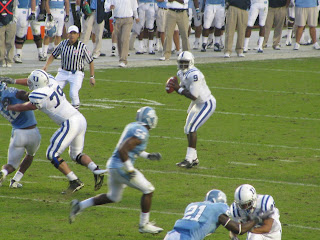 For the past 3 months Chris Graham and myself have traveled with the Waynesboro Little Giants in order to provide Web Coverage of their High School Football season. The season ended this Friday night when WHS fell to Fort Defiance 25-13. While the team might not have put as many W's on the board as they would have liked the team never gave up and that was the case once more Friday night. _______________________________ Trailing 25-0 late in the fourth quarter of their final game the Little Giants scored two touchdowns to trim the lead to 25-13. The clock ran out on Coach Issacs and his team but all ten weeks they were playing until the scoreboard read 0:00. The past 11 weeks/10 games have been something I will remember and I am grateful for the opportunity to show our support for the Waynesboro Little Giants!
Post a Comment
Read more 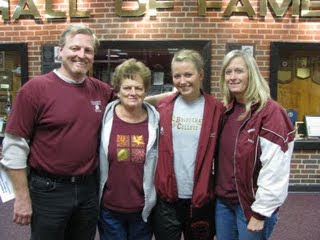 HOLLINS- The 2009 season came to an end Saturday morning for the Bridgewater College Lady Eagles Volleyball team. Former Strasburg Rams Katie Baker and Bethany Doman should return next season for more Old Dominion Athlethic Conference play as BC will once again look to build on a ODAC Final Four campaign. To read more about their season you can click the link to the right and it will take you over to the Bridgewater College site. Congrats to both on another season of dedication and hard work for their school !
Post a Comment
Read more