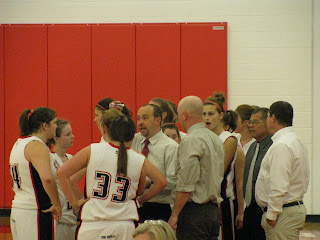 Stonewall Head Coach Jeff Burner and his Generals improved to 6-4, 1-0 on the year with an impressive win at Riverheads Friday night. Meghan Lutz followed up her aggressive effort against Strasburg by leading SJHS in scoring 17 points. The good folks over at http://www.newsvirginian.com/ have their gamer up more more details. Congrats to the Generals.
Post a Comment
Read more

History in the Making : Join us on June 5TH @ Kate Collins for the debut of the Rockbridge Rapids

January 09, 2009
WAYNESBORO - Every time an expansion team plays their first game a truck load of baseball history is made. The new team will try and collect their first hit, first stolen base, initial Strike Out. That will be the case when the Rockbridge Rapids invade Waynesboro for a 7:00 P.M. start time on Friday June 5TH. You will want to be @ Kate Collins to see the 2009 version of the Waynesboro Generals as well all types of franchise firsts. We promise to be gracious hosts to our new neighbors to the South with just two exceptions. We will try our best to make sure that the celebration of their initial victory and initial Home Run both get postponed until Saturday June 6TH when they host our Augusta County cousins from Staunton . That's not too much to ask is it? Just 21 weeks until Opening Night!
1 comment
Read more

This Just In : Jim Critzer to step away from his Generals 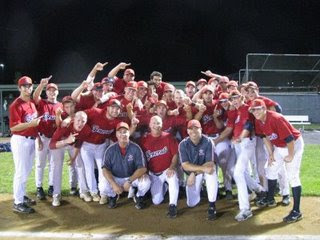 WAYNESBORO - Now that I have read it in both Augusta County daily newspapers (The News Virginian & The News Leader), I guess it must be true. Mr. Jim Critzer is stepping down from his role as sole owner of the Valley Baseball League after a 10 year run that saw the Generals capture three straight Southern Division Championships & 1 VBL crown (2007). ____________________________ Critzer was as familiar of a face to a franchise as any of the 12 current teams in the league. Some of the things that made Critzer stand out was his ability to do things his way and his way only. The game of baseball was just that to Critzer , a game, a game that included a bat, a ball and a glove. ____________________________ Any money that owning the Generals might have generated over the past decade Critzer simply put back in to the facilities at Kate Collins Middle School. KC serves as a home to both the Generals and Critzer's other love, the Waynesboro Little Giants. My first opportu
1 comment
Read more 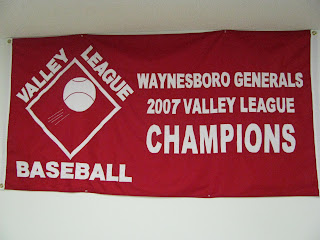 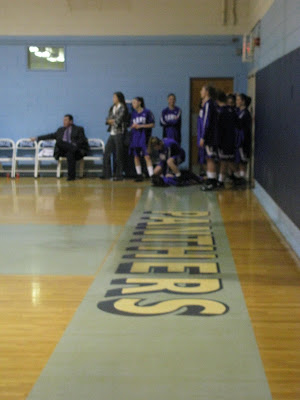 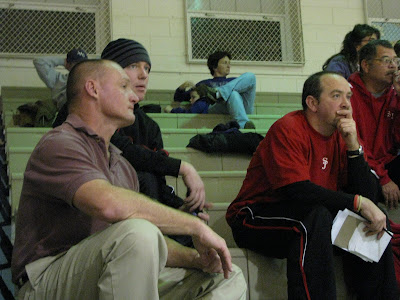 Coach Comer visiting with the trio from Stonewall Jackson that included Jason Lutz and Jeff Burner. Sitting on the front row are Frank & Bobbi Comer. Coach Comer is in charge of the football program @ PCHS . This distinguished looking gentleman went on the record as an Un -Named source. I am pretty sure that all of those with ties to Page County will know this Panther! Always smiling PCHS Head Coach Alan Knight Before last night I hadn't had the pleasure of meeting Panther Football Head Coach Frank Comer. Last night changed all of that and in a big way! Sometimes I will try and sneak a story in quick with a note or two but this one warrants more than that. Check back for some stories that include Derek McDaniel, Wayne Comer and the Tigers, Jason Lutz and many, many more
Post a Comment
Read more

A glance inside the H.S standings - with a little help from the NVD 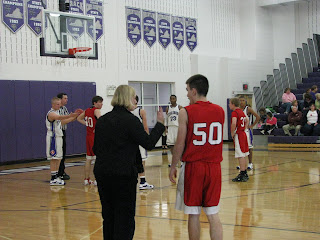 Coach Stout giving instructions to Derrick Turner Strasburg's Kaleb McKelvey Coach Mathias showing off her 6-week old nephew Cayden Andrew Never to early to teach them about wearing Purple! Mr. D always showing his support for the Rams Andrew Thayer working the lens for the Northern Virginia Daily Kyle Wilson looking to get the ball to Phillip Hovater inside Nicholas Trent looking for rebound posistion Sophomore Michael Reynolds at the Free Throw Line Final Score for the contest... Score at the end of the 1ST Half A blurry version of the search for the Birthday Girl after a chorus of Happy Birthday was heard in the gym. Check out the form at the Line Looking for a soft kiss of the glass The back-up refs or creative Rams fans? Coach Stout leading her Generals from the sidelines Coach French doing the same for his Rams The crew from the NVD- Andrew on the left and the young man on the right is Dennis Atwood. You can check out his gamer later at www.nvdaily.com Sony
Post a Comment
Read more
More posts