All things Durham - BP with the Bulls & Spiders vs. Blue Devils

Nothing like a 2-for-1 on a Saturday afternoon! The Triple-A Durham Bulls are playing at home on Saturday against the Norfolk (formerly Tidewater) Tides so there will be time to catch BP at one of the more famous minor league parks in the country before heading over to Wallace Wade Stadium for the Duke vs. Richmond game at 7:00 P.M. Has it really been 20+ years since Kevin Costner and Tim Robbins filmed Bull Durham at the old ball park? 1988 was the year that the Class A (at the time) franchise became bigger than life after the release of the epic film. BP and seeing the "Bull" will be fun but it will be the Blue Devils that are the focus of our attention tomorrow. We wouldn't be the only ones on the road as Katie Baker and Bethany Doman and their Bridgewater College Lady Eagles play Volleyball down in the great state of Texas.
Post a Comment
Read more 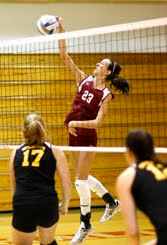 Strasburg's Katie Baker led the attack for the Lady Eagles with 9 kills and 4 blocks as BC started the season with a 3-1 victory over home standing Mary Baldwin Tuesday night in Staunton . The Eagles will be jetting off to San Antonio, Texas for a week-end of Volleyball as the team is scheduled to compete in a 2-day tourney.
Post a Comment
Read more 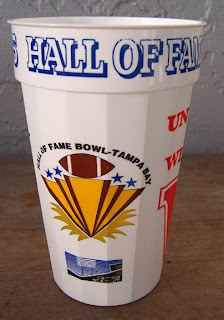 DURHAM- December 15, 2007 was the day that Duke University football named David Cutcliffe the 21ST Head Coach in school history. It was also the day I began to set aside loose change as a way to prepare for a special journey. I grew up as big of a Duke fan as there was and as I face my 46TH birthday this week that means I was a fan before it was cool to Love or Hate Duke University. Duke was simply a special place back in the 70's, one where I had hoped to attend college someday. Never made it into a single class but I did live in that unique part of Durham, North Carolina for a year and soaked up all of the magic that I could. Duke basketball was about to go through its last run to the Final Four pre -Coach K back in the late 70's. Jimmy Spanarkle was a junior guard on a team that made it to St.Louis for the Final Four and won the semi-final game before falling to Kentucky in the Championship by a 94-88 score. Jack "Goose" Givens poured in 41 points to lead J
Post a Comment
Read more Rams take opening match in County rivalry. John Galle of the Shenandoah Valley Herald interviewing Rams Head Coach Suzanne Mathias. WOODSTOCK - Strasburg took round one of the Shenandoah County Rival series Tuesday night by sweeping the Central Falcons 3-0 (25-11,25-11,25-19). The victory was the second straight sweep following a season opening defeat to Class AA Sherando . While Stephanie Conde led the attack against Page County last week there were plenty of spikes to go around for the visiting Rams versus Central. Juniors Lauran Agnew and Samantha St. Clair matched kill for kill with Conde and fellow senior Jenna Smoot throughout the contest. Senior setter Jaclyn Ayers controlled the floor and took full advantage of having four different players to set up at the net. The ability to go in a number of different directions to score kept the Falcons off balance for the duration of the match.
Post a Comment
Read more

Former Strasburg Ram volleyball standout Katie Baker is set to begin her sophomore season at Bridgewater College. This time around she will be joined by fellow former Ram, freshman Bethany Doman. The Lady Eagles open their season tonight down in Staunton, Virginia on the campus of Mary Baldwin College. The Fighting Squirrels will be the first in a number of non-conference matches before BC begins play in the highly competitive Old Dominion Athletic Conference. BC will head to Texas for a weekend tournament this week and then follow that up with a trip to Pennsylvania the following weekend . The level of play for BC is what makes a match at Nininger Hall on campus a Must See if you are in the area. The link to the schedule is here at: www.bridgewatereagles.com/sports/wvball/2009-10/schedule
Post a Comment
Read more New site in the works for Shenandoah District !

The final stages have yet to be added but the link above will take you to a sister site that is designed to take fans, coaches, players and media types Inside the Shenandoah District. Click here to check out the new site www.aroundthevalleyin60days.wordpress.com
Post a Comment
Read more
More posts