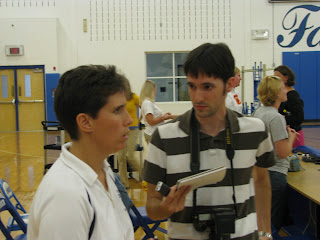 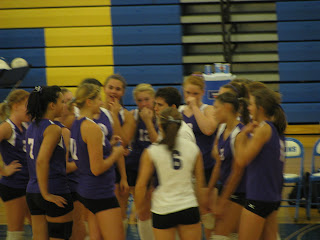 WOODSTOCK - Strasburg took round one of the Shenandoah County Rival series Tuesday night by sweeping the Central Falcons 3-0 (25-11,25-11,25-19). The victory was the second straight sweep following a season opening defeat to Class AA Sherando.
While Stephanie Conde led the attack against Page County last week there were plenty of spikes to go around for the visiting Rams versus Central. Juniors Lauran Agnew and Samantha St. Clair matched kill for kill with Conde and fellow senior Jenna Smoot throughout the contest.
Senior setter Jaclyn Ayers controlled the floor and took full advantage of having four different players to set up at the net. The ability to go in a number of different directions to score kept the Falcons off balance for the duration of the match.