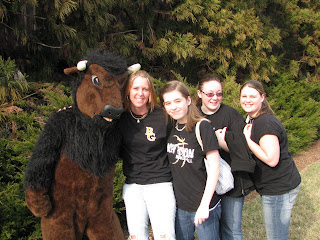 The Ladies love Mr. Bison Renee Burford during the post game interviews. Asst. Coach Steve Morgan visiting with the Burner Brothers after the game. Waiting in line to speak with TV-3's Damon Dillman . Next stop Thursday morning in Richmond, Va. @ 11:00 A.M. Coach Coffey and Mathew Stoss of the DNR . Check out His gamer at www.dnronline.com Sara Lamneck talking about returning to Richmond! The Bison faithful supporting their team at JMU . Holly and Renee on defense. Samantha Long preparing to score one of her 10 points. Two of the leaders of the Gap support team. Junior Holly Morgan The Gap coaching staff planning the attack. The Duke Dog at mid-court. Hubert Grimm had it on the money when he sent congrats to the VHSL for their choices on venues for the Elite Eight. Holly guarding Kiera Gaines of West Point. The Lady Bison trailed 15-9 after the first period and 21-18 at the half but took control in the third quarter. Gap won the 2ND half 37-27 to move on to
Post a Comment
Read more 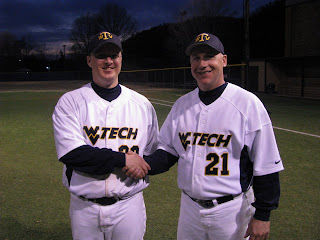 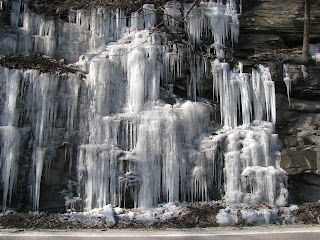 The photo here was taken across the highway from the ball park. Don't know if the "Ice Show" will survive the day but that it looked pretty cool. ____________________________ Coming to you today from Douglas M. Epling Field on the campus of East Bank Middle School in beautiful southern West Virginia. Yahoo Weather tells us it is already 57 degrees and there is not a cloud in the sky. West Virginia Tech is home today for the second time this season and the Golden Bears will be hosting Lindsey Wilson of Columbia, Kentucky. First pitch is set for 1:00 P.M. with game two getting under way 20+ minutes following the conclusion of the opener. The Blue Raiders are a Conference foe and this marks the league opener. ___________________________________________________ 12:41 P.M. - Minutes away from the NAIA Mid-South Conference opener and I just checked the comments box to find that I am getting heckled for dragging Sacco down on our Web Casts.Just can't escape it and since
1 comment
Read more 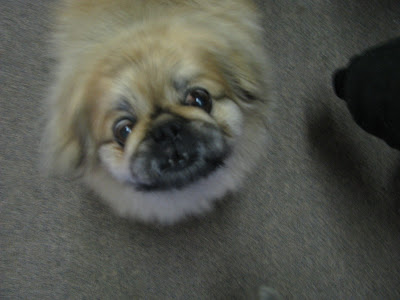 Photo above of Smokey Joe- team pup of the Waynesboro Generals ! Click on the link below to watch the clip with Jim. www.newsvirginian.com/wnv/sports/high_school_prep/article/state_extra_the_sports_desk_talks_about_gap/36798
2 comments
Read more 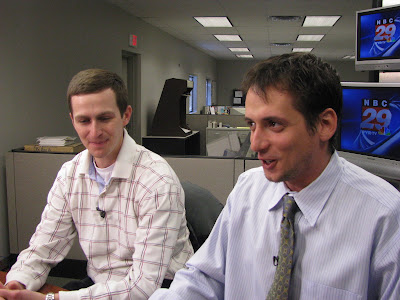 March 03, 2009
Team Waynesboro is complete and we are ready for the coming out PARTY! Wednesday night at 7:00 P.M. Kate Collins Middle School Auditorium... In the neighborhood, stop by the Press Conference and say hello before or after!
1 comment
Read more 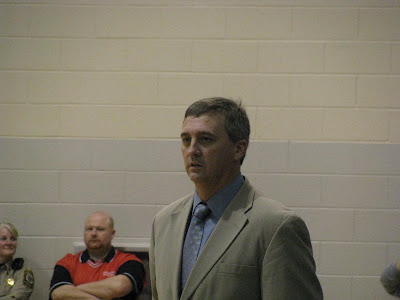 Madison County Head Coach Tim Taylor with Todd in the back ground. Congrats on an amazing season thus far. Dan River Head Coach Jacob Gruse and Junior Reggie Stone. Cody Montgomery and the Red Pride fell short in the finals but the 31 points he scored in the semi-final was impressive. Madison County fans are dedicated 10 fold ! Waynesboro Generals brain trust- Chris Graham & John Leonard between sessions. Region B runner-up Randolph-Henry George Mason Head Coach LaBryan Thomas. His team is as talented as they are deep with 15 players on the roster. Page County's Alan Knight taking in the action at EMU GM- #3 freshman Bria Platenburg will have the other Bull Run coaches worried for years to come. Stonewall's Coach Burner congratulates Gap's Chad Coffey and Steve Morgan after the Bison captured the D1 Championship. Always smiling Sean Youngblood was in the gym as well. Sean called some of the VBL games last season for WTON . George Mason gathering
Post a Comment
Read more
More posts