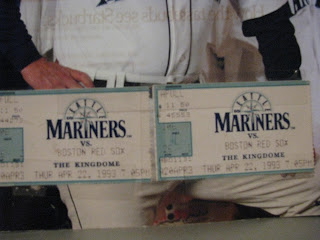 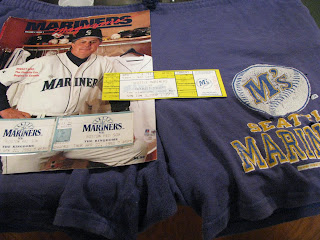 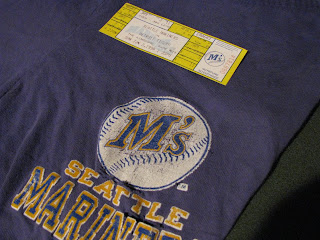 If you read my story on Randy Johnson a few weeks ago you will remember our paths crossed when both of us spent a few years in the Great Northwest. Randy was born just 1 week after me back in September of 1963 and the fact that he can still dominate a MLB game at our age gives me hope!

Randy pitched the D-Backs season finale on Sunday and after allowing one UN-earned run in the top of the 1ST inning to Colorado something special happened. 105 pitches later and 9 K's in the books Johnson walked off the mound with a two-hitter. We couldn't call it a complete game 2-hitter though as the score was tied 1-1.

Just as Greg Maddux had turned the clock back one night earlier, Johnson looked as if he had also visited the Fountain of Youth. 9 strike outs, two hits and just one walk but no victory- not yet anyway. The D-Backs scored in the bottom of the 9TH to allow Johnson to claim the 11TH victory of the 2008 season.

The final numbers for the Big Unit to read as follows:

Now lets take a look at what I have in common with Mr. Johnny Vander Meer. MLB records show that back in 1938 (June 11TH and June 15TH) a pitcher in his 1ST full season did the UN-thinkable. Pitching for the Reds, Johnny tossed no-no's in consecutive starts against Boston and Brooklyn. To break this mark someone would have to toss 3 straight no hitters.

Back in early June of 1990 I had taken a job in Roanoke, Virginia and I was in possession of a Northwest Airline voucher that was due to expire in a few days. I had the week-end off and I drove from Roanoke to Dulles and jumped on a plane and headed to Seattle, Washington where my best friend at the time, Pat Weston, lived. Just one problem when I arrived and made it out to Redmond where Pat lived- he had gone to St.Louis for the week-end.

No one else to visit and 3,000 miles from home, I did what anyone else would do. I headed to Bellevue Square and bought a pair of Mariners shorts and headed down to the Kingdome for my first Mariners game. The Detroit Tigers were in town and they would be facing the "Big Unit", Randy Johnson.

The crowd that night was just 20,014 and not many were aware of the no-no in progress as Randy had walked six batters and the game was tight. Harold Reynolds had scored in the bottom of the first to give the M's a 1-0 lead and they pushed it to 2-0 when Brumley scored in the fourth. There I was sitting in my seat, keeping my scorecard and holding my ticket to Sunday's game in my left hand.

Brumley committed an error to give the visitors a total of seven base runners but Randy finished the 1ST no-no in the Mariners history. There was no way I was going to stay for the Sunday game after getting to witness Baseball History. I still have my ticket, M's shorts, my scorecard of the No-No and the UN-used Sunday ticket.


Fast forward to the winter of 1993 and I packed up and moved to Seattle, Washington and took a circulation job with the New York Times. In my spare time I was delivering pizzas at the Domino's Pizza out in Redmond, Washington. My wife Linda had stayed back East until I was sure everything would work out but she made a visit out in April.

I was working day shift that day (April 22ND,1993) and was asking the manager to let me go as game time was approaching. I had waited until Linda made the trip out to Seattle to head back down to the Kingdome. Rob asked me why I was still going to go if I might miss the start of the game? My answer was because in baseball you never know when something special might happen. Our skipper was Sweet Lou Piniella and that was fun to watch in itself.

Chris Bosio had just came over from Milwaukee and he was facing the Boston Red Sox. Bosio always looked like he should be pitching in a slow pitch softball league with a keg at second base. Bosio started the night by walking the first two batters from Boston. The crowd was once again was tiny (13,604) and they were already bummed by the beginning of Bosio's fourth start for the M's.

Separated by almost 3 years, my first two M's games in the Kingdome were the ONLY two no-no's in the M's history as Bosio sailed to a 7-0 victory. Both crowds were less than 21,000 so the number of fans that made it to both of them had to be limited and the number that didn't see a game in between... PRICELESS

Anonymous said…
Boy you've got some great baseball memories yourself!

Looks like the miles you posted this summer up and down I81 is nothing compared to the miles you've racked up flying here and there visiting baseball stadiums all across the country!
September 29, 2008 at 10:16 PM

Anonymous said…
I miss the Kingdome and I have some very good memories of those games too!
September 30, 2008 at 9:38 PM