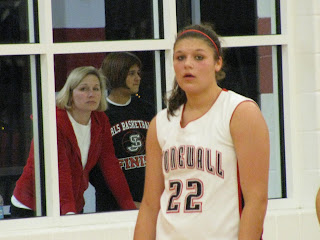 Heather Stout in block out position for a rebound of a free throw. Mom and younger Sis watching through the glass.Both Head Boys Basketball Coaches from the 6:00 P.M. game had daughters playing for Coach Burner and Stonewall Jackson in game #2. 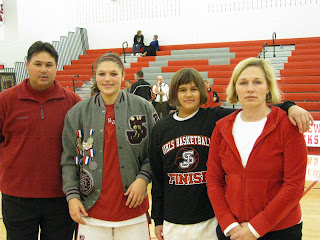 The Stout family at half court after a full night of basketball. Three of the four games played Tuesday night involved a member of the Stout family. Don't forget Dad as he was there to support all 3 of his ladies! 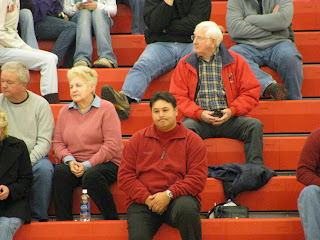 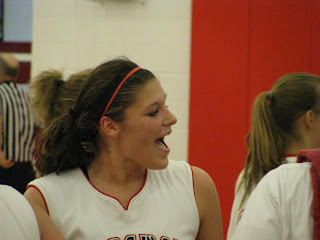 Plenty of reasons to smile after a Big Time performance! 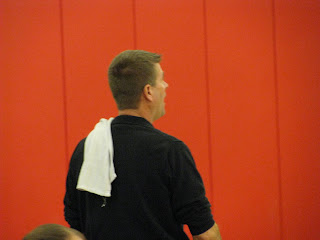 Coach Roger Wilkins leading his Falcons from the sidelines before cheering on his daughter "Tiger" Wilkins in the Girls game. 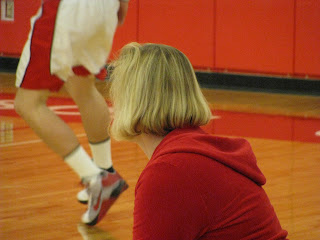