October 13, 2008
Our night meeting the new Head Coach for the New Market Rebels! Story and information to follow! 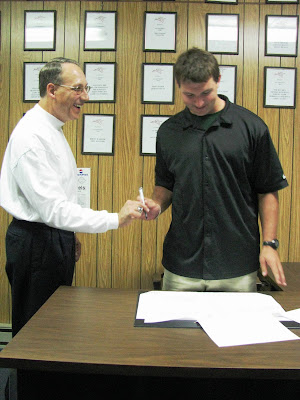 Once you take the pen, there's no going back. 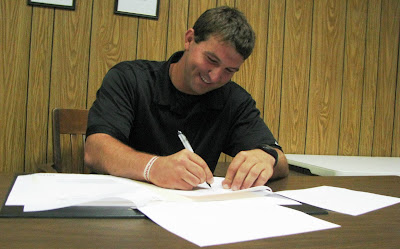 The smile of a man who is excited about what he's doing! 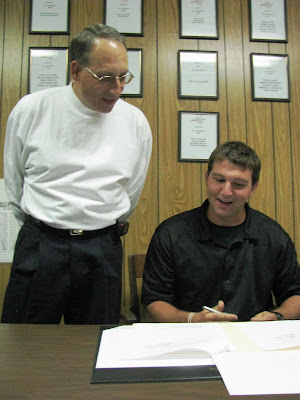 I love that it looks like Bruce is critiquing his signature in this shot. Ha.
"Well I missed the day where we went over the cursive S." 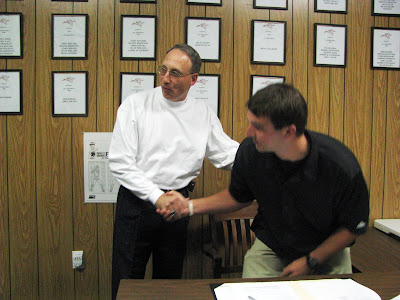 First shot post-signature. Certainly going to be the first of many pictures to follow of the Rebels' dream team. 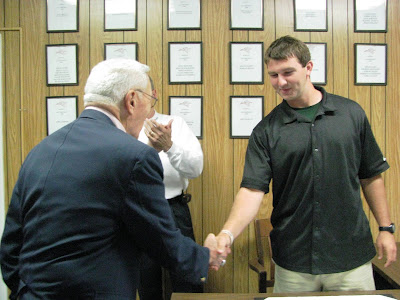 The myth. The man. The legend. Mo Weber. 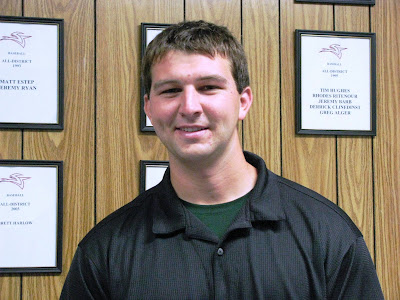 A close-up shot of Mr. Jones. 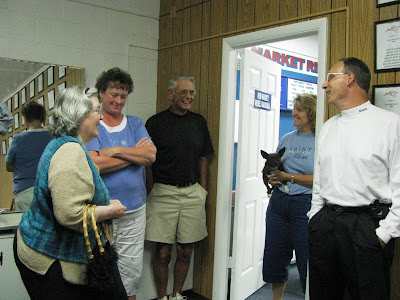 The whole Rebel family was there to partake in the festivities. Everyone had a good time talking and relaxing. Valley League Baseball doesn't end when the championship is over - these family ties are year-round! 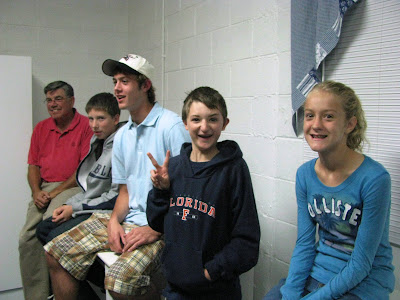 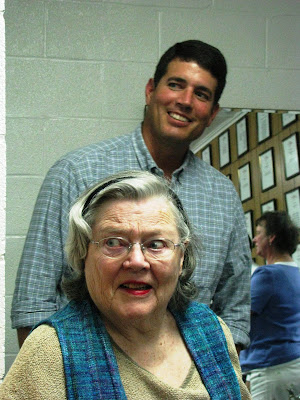 Jay is one of the nicest men you'll meet. (The young lady in front of him isn't too bad, either.) 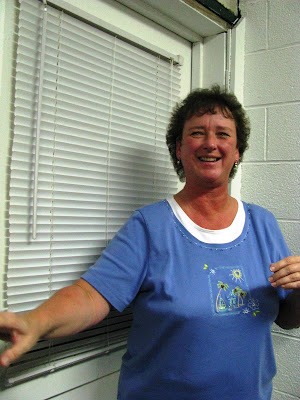 "She told me she would be really upset if you didn't get a good shot of her before she left."
"I love you, Jerry."
"Yeah that's what she says in front of all of you..." 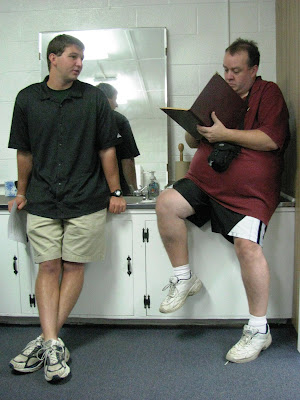 Getting to know Mr. Jones a little better once the rowdy crowd died down. 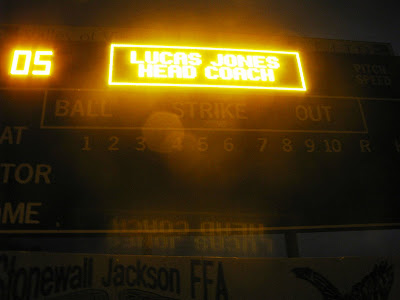 At the end of the night, this Lynchburg College grad got to see his name up in lights at Rebel Park...

Anonymous said…
I've never seen the inside of New Market's "Memory Lane", I enjoyed those pictures and the article. The scoreboard pic with coach's name in lights is totally awesome!
October 15, 2008 at 2:18 PM