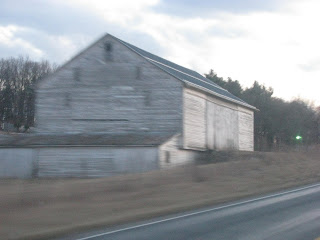 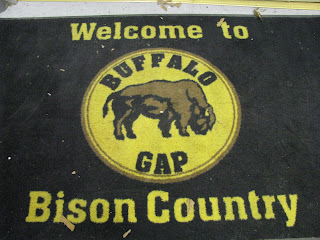 The welcome mat is always out in Swoope! 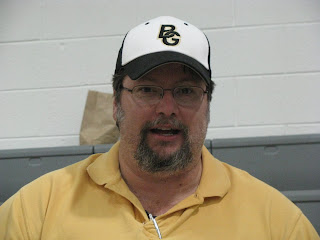 Keith crunching the stats for Gap as well as the Generals 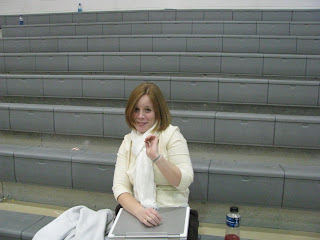 Ms. Stacey was there to support John Galle on a Friday night. 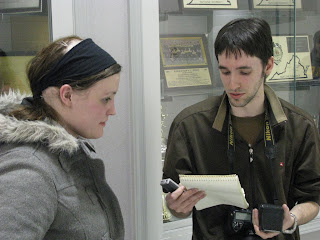 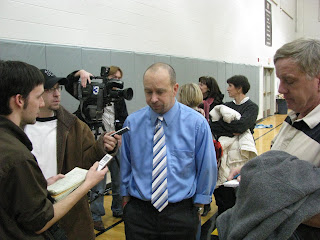 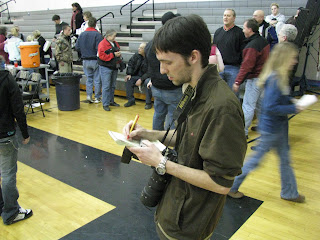 Check out John's work next week in the Herald 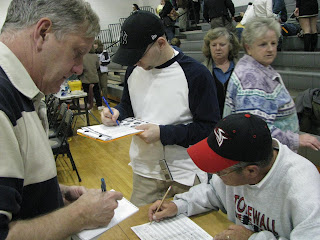 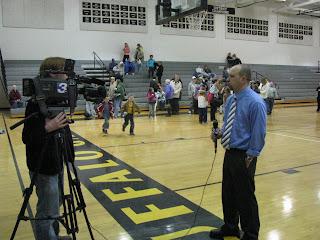 Coach talking with the folks at TV-3 after the game. 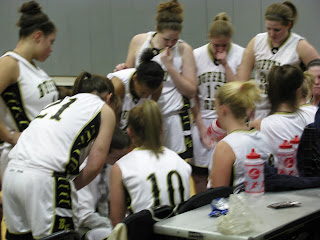 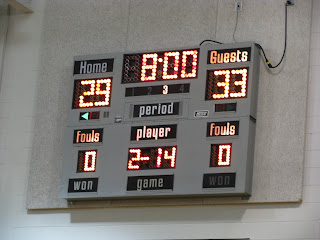 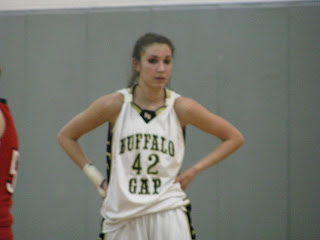 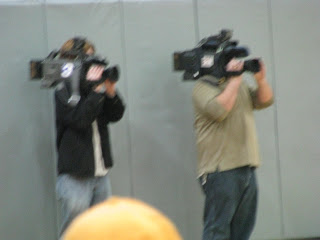 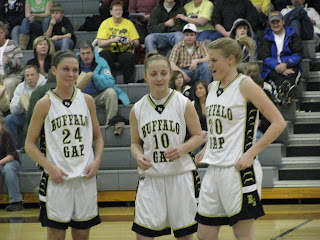 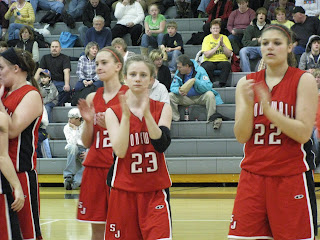 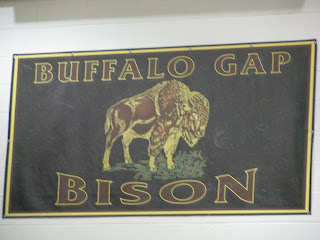 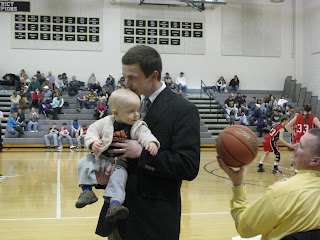 Coach Coffey taking a moment to remind us it is only a basketball game. 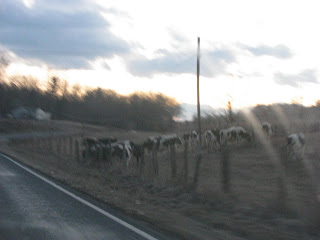 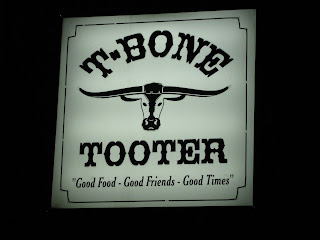 I have always said that you can judge the importance of a sporting event by the number of media types in attendance. The battle for 1ST place in the Shenandoah District (Girls) was held Friday night with Stonewall Jackson traveling to Swoope for a game with the defending State Champions- Buffalo Gap.
__________________________________________
Four or five newspapers and two television stations were in the Bison gym for the contest. At the end of this I will have a number of links for you to click on to get a "Gamer". Bill Meade was writing for The News Virginian, Shaun Cox for the Staunton News-Leader, John Galle for the Shenandoah Valley Herald and our buddy Chuck McGill of the Northern Virginia Daily wanted some knowledge on the game as well.
The game was the most entertaining game I have watched this season as both teams came out on fire. Enjoy a few of the pics and after a few hours click over a check out the recaps...
Get to the gamers at www.newsvirginian.com, www.nvdaily.com and www.newsleader.com