Malamisura's and Bowen Field - It's a Family Thing

Bluefield (VA) - One of the first things you will notice when you walk in to historic Bowen Field in Bluefield is a plaque hanging on the wall to the right honoring a lifetime of dedication from Patsy Malamisura. The current General Manager of the facility might pay just a bit more attention to the Memorial each day when he comes to work nowadays.

Patrick is Patsy's son and to say he grew up in and around Bowen Field would be an understatement. Known to all that do business at the ballpark as Rocky, the younger Malamisura stepped up to his current title in early 2017. 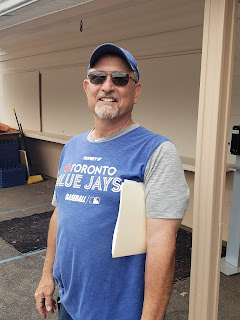 From shagging foul balls for a quarter apiece in the early days while his Father ran the baseball operations to returning to the top spot after retiring from his career at his day job, Rocky is known far and wide for his efforts in keeping baseball a huge part in this little corner of the State of Virginia.

There's seldom a dull moment in the constant juggling of the various tenants that call Bowen Field home, either fulltime or the rare occasions where a team or organization looks to sneak in a game at the majestic park. The latest big project is well underway as the construction crew is hard at work trying to put the finishing touches on the new press box atop the stands behind home plate. The new box when finished will be a huge improvement of the current location on the third base line that is effected by the late afternoon setting.

Rocky smiles when he talks about his family being involved with the stadium for seven decades now and its a safe bet that the community knows that their ballpark is in the best hands possible!

Bluefield Daily Telegraph writer Tom Boone wrote a feature story on Rocky when he took over the position back on January 31, 2017.

You can check out that article at www.bdtonline.com