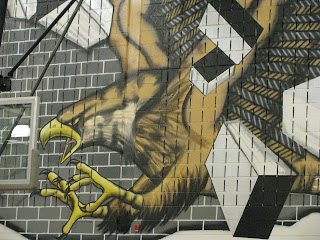 The Central Falcon - too cool! 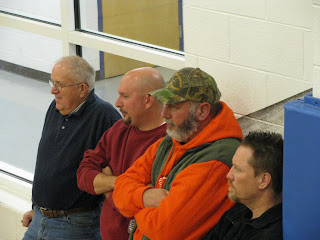 3RD from the left is Foltzie (Woodstock River Bandits skipper) and the gentleman on the far left is Jeff's Walters Dad... 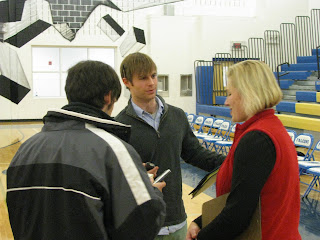 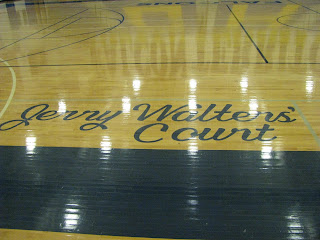 The court at Central is named after former Coach Jerry Walters. 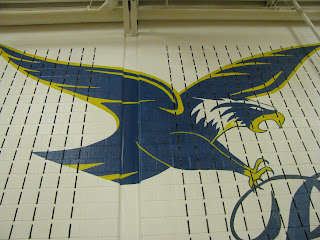 Gotta love the art work in the gym... 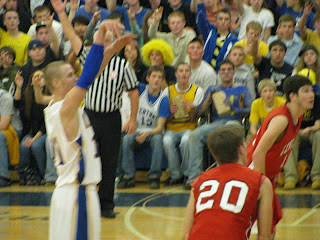 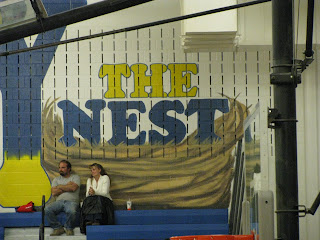 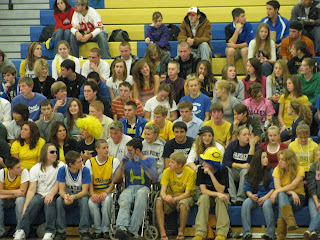 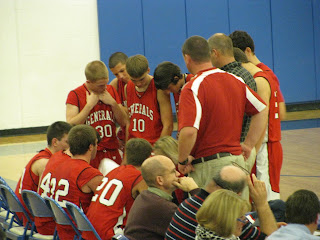 Coach Stout and her Generals 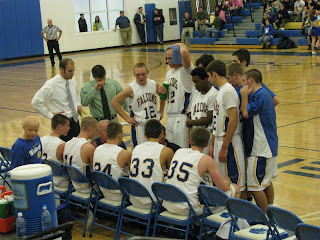 Coach Roger Wilkins and his Falcons 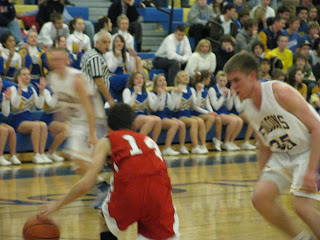 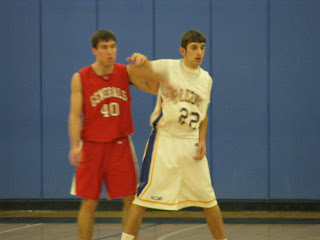 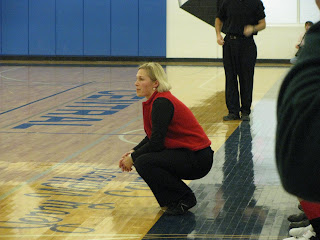 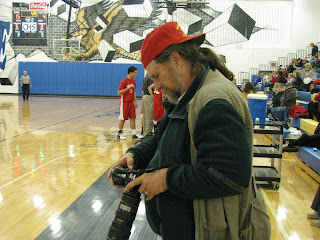 Our good friend Dennis working working the lens for the NVD 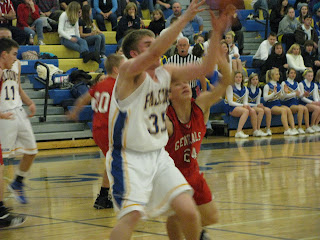 Battle on the Boards