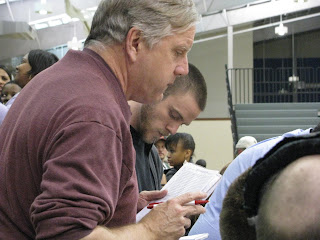 Bill Meade had gamer duty for Rob Sisk. Check out his work @ www.newsvirgian.com 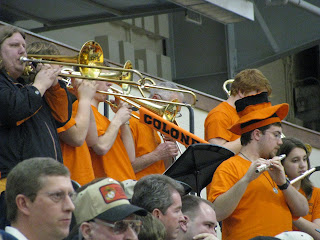 Altavista brought the pep band up with them. 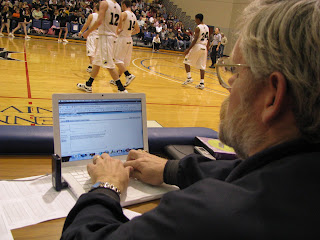 Ron was blogging and writing for Hubert at www.newsleader.com 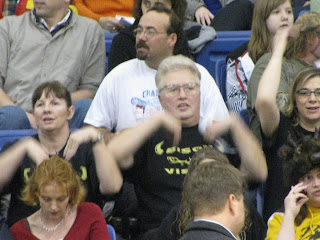 Gap backers getting it done during the playing of Y.M.C.A 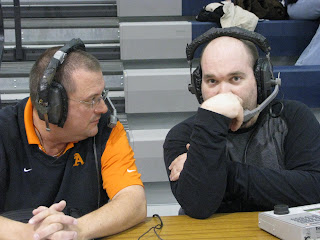 Making the trip up from Altavista was Oscar Briggs and Bob Alvis. The duo called the game for WKDE 105.5. 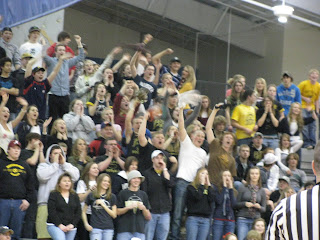 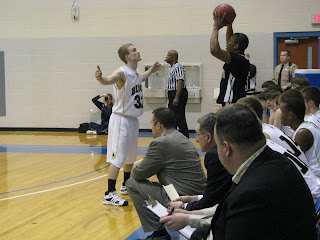 Gap coach James Carter kneeling on the sideline as Altavista looks to inbound the basketball. 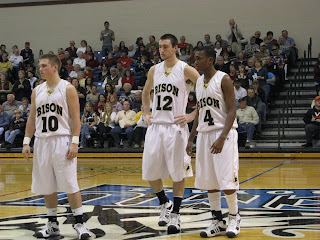