Pleading for the Fifth- Gap evens season series at 2-2 but we need one more night of Great Basketball... 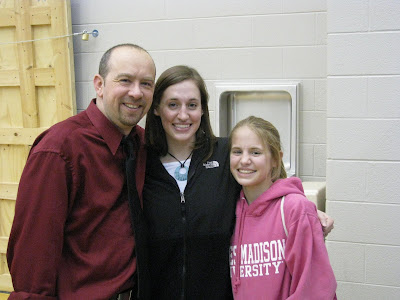 The Past, The Present & The Future of Stonewall Basketball 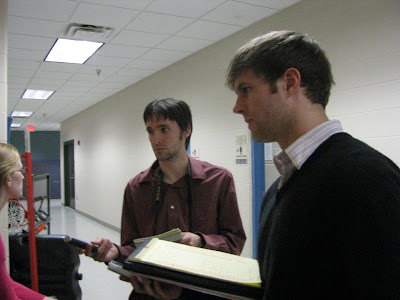 Two of the up & coming writers in our Valley. John Galle & Jeremy Stafford 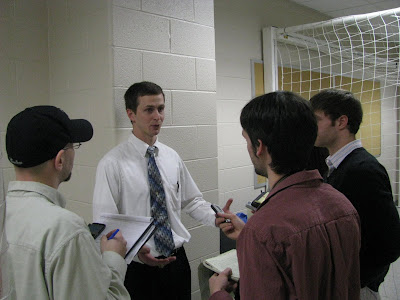 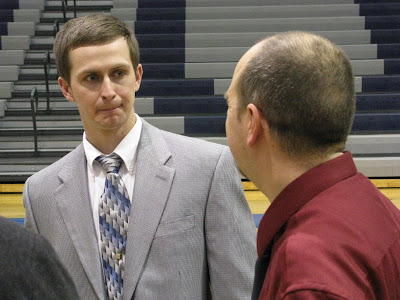 Coffey and Burner share a moment after an incredibly well played game. 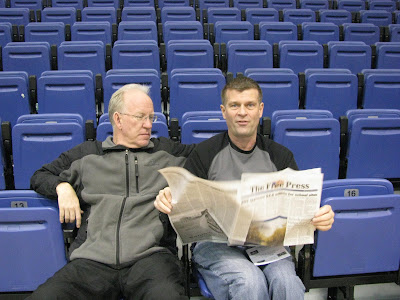 Mickey & Roger taking a look at today's The Free Press following the game. 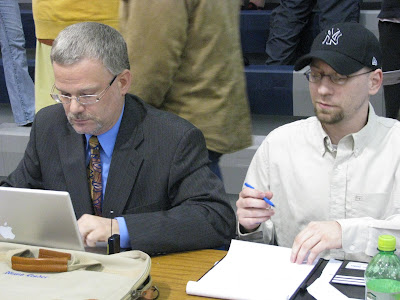 The Dynamic Duo from The News Leader. Hubert Grimm & Shaun Cox court side. 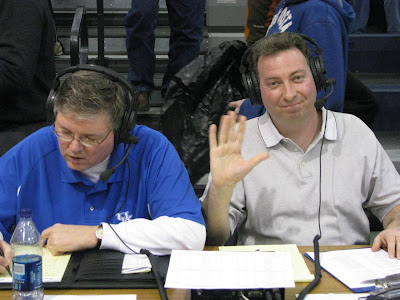 Always smiling Craig Orndorff and Randy finishing up their radio broadcast of the game. 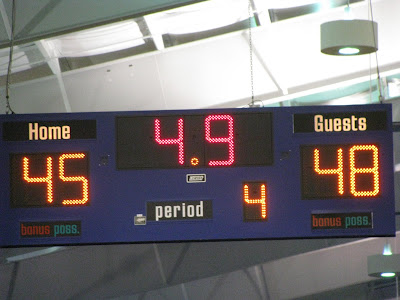 Once again as was the case in game #2, it came to the final possession... 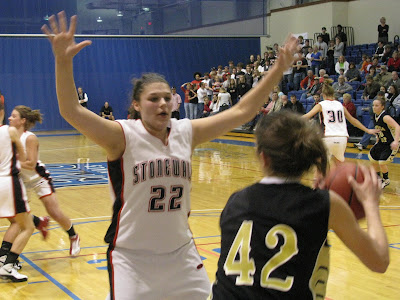 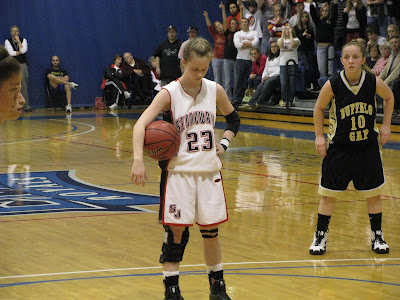 Remember Gracie- The Sun will come up tomorrow!
Great effort from both sides all evening. 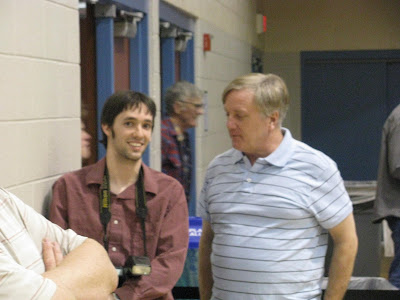 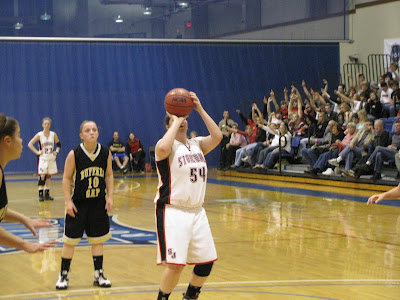 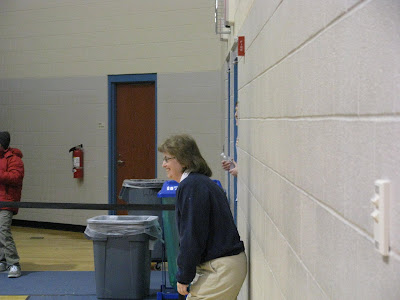 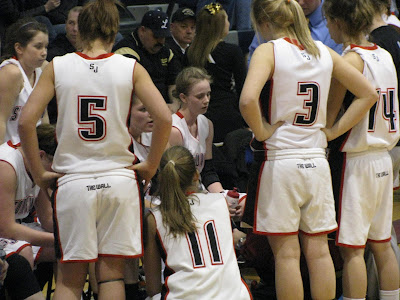 A look inside the Generals huddle. 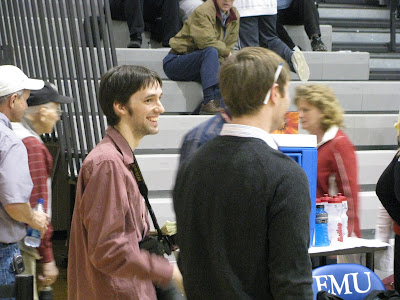 Radio, Tv and five newspapers were in the gym for the game. Love to see that level of coverage! 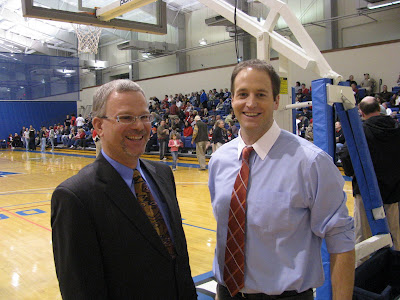 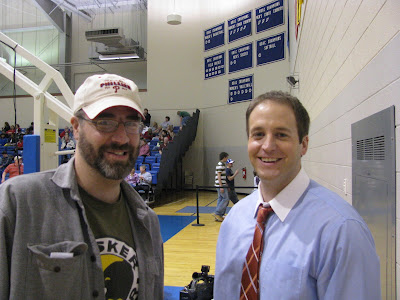 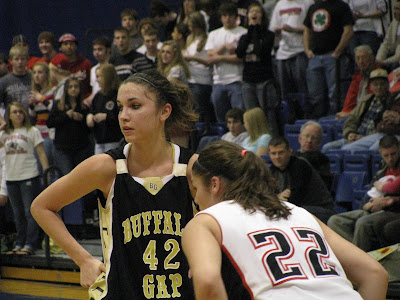 Sara and Heather were this close for most of the night. 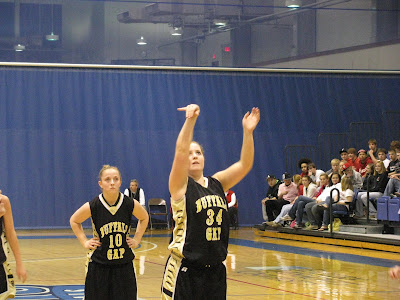 Gap's Madison Benner at the line. Long in the back ground. 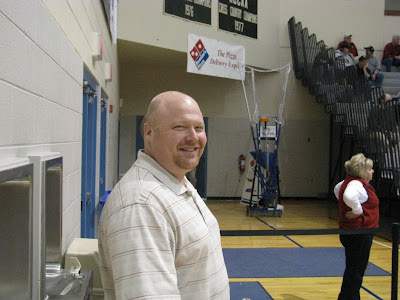 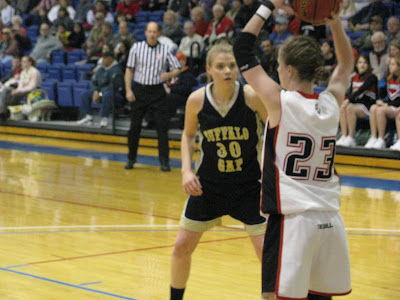 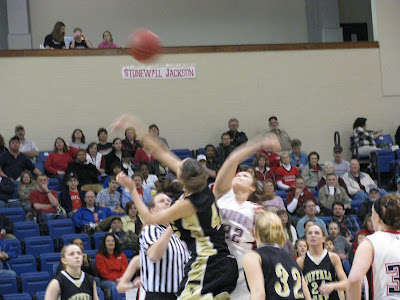 I told you these two were inside each others jersey all night, right from the opening tip. 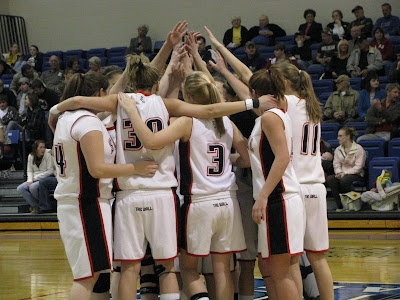 Stonewall getting fired up before the tip. 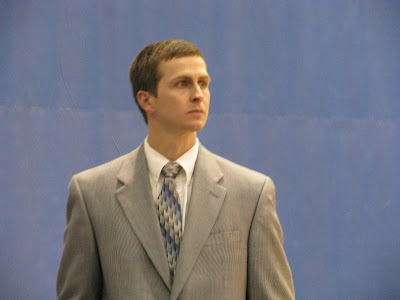 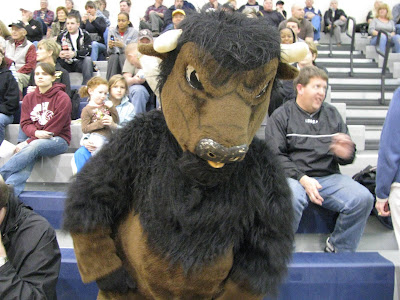