A few fun pics of Buffalo Gap @ Stonewall - A game for the Ages! 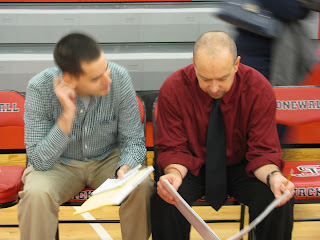 Coach Burner discussing the outcome of the game with a familiar face from the Northern Virginia Daily. Check out the gamer later at www.nvdaily.com . 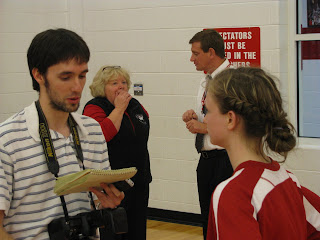 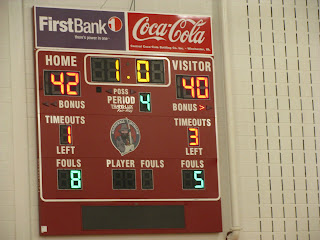 The scoreboard after Lutz's shot dropped thru the net. 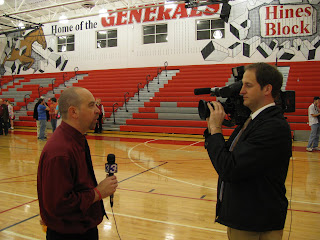 TV-3 personality Damon D. was in the gym for the conclusion of the game. 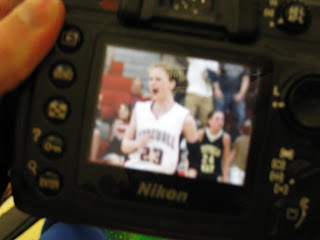 My camera taking a pic of John Galle's camera after the basket! 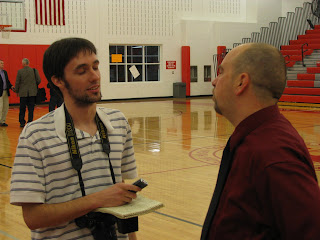 Galle was next in line to interview Burner. Check out his work this Friday in the Shenandoah Valley Herald. Shaun Cox was in the gym for the News Leader and his gamer will appear at www.newsleader.com . 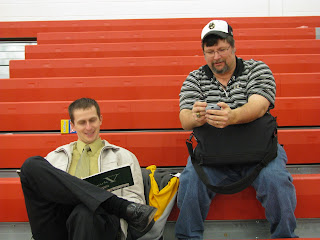 Gap Head Coach Chad Coffey and Stats Guru Keith Ramsey sharing a moment after the game. While I haven't spent a great deal of time with Coach Coffey I have a great deal of respect for the way he runs his program and represents his school. 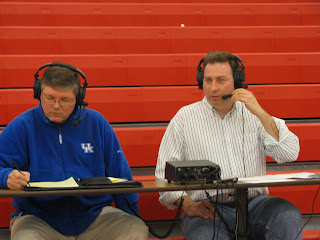 You have seen the TV guy, so now here is a look at the radio crew. Randy and Craig discuss the dramatic end of the contest in the post game show. 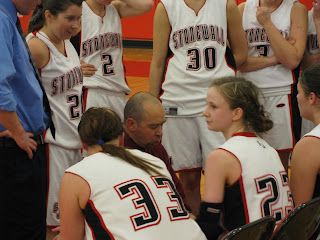 Meghan in the huddle during the time out taken with :16.1 seconds remaining. Coach Burner drawing up the winning play. 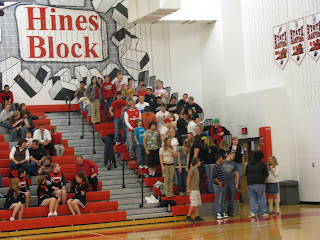 The Stonewall student section showing their support down the stretch. 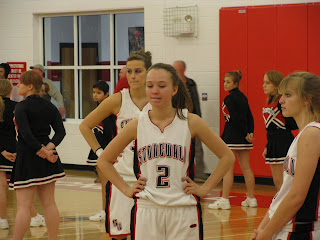 Freshman guard Ashlie Clar with Brittany Smith in the back and Whitney Wilkins to the right. 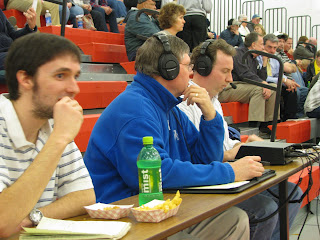 Love the amount of coverage that the game received. 3 newspapers, a blog, a radio broadcast and film at 11:00! 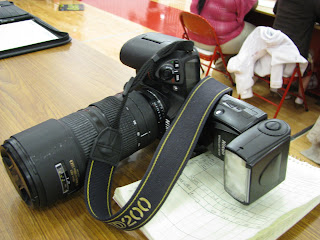 If I save up for a few years maybe I could afford a camera like John Galle's! 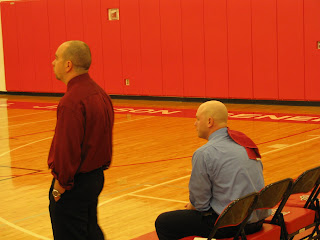 The "Mayor" of Quicksburg and the "Deputy Mayor" reflect on the night. 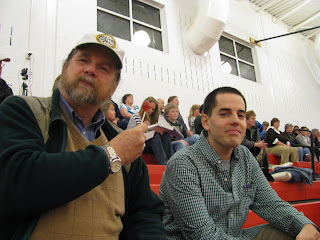 Dennis was in the gym to capture "art" for the NVD and then we will have to talk with Chuck about who he will let do a gamer for him. I am sure it will be a Great read!