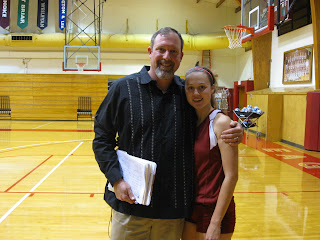 Coach Spector and Brittney Wittmer after the match 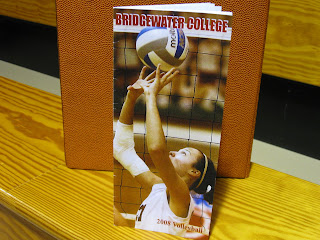 Brittney on the cover of the 2008 BC Volleyball Guide 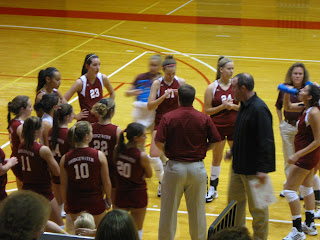 Coach and his squad during a break between games 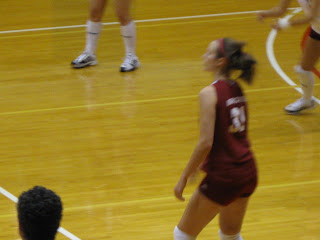 Another pic of the Lady of the Evening 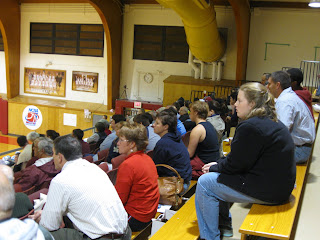 Shot of the crowd for the final home match - Love seeing so many people in the stands...

BRIDGEWATER - I was a little late arriving at Eastern Mennonite University for the Shenandoah District Finals because there was a stop to make on the way. When Strasburg's Katie Baker deceided to play Volleyball at Bridgewater College last summer I went in search of a schedule to see how many home matches I could attend. It turned out that BC was to play six home matches as well as hosting the BC Invatational, with all of the action taking place in Niniger Hall.


Thursday night was the final of the six home matches (Went 6 for 6!) as the Squirrels of Mary Baldwin College made the trip up from Staunton for a non-conference match against Coach Greg Spector's Lady Eagles. Final home match of the season means one thing - Time to Honor the Seniors or in the case of the very young BC team - Senior. Brittney Wittmer is the lone senior on this years squad and that makes it time to shine the spotlight on Ms. Wittmer.

Brittney played all four seasons at Bridgewater after coming to the ODAC from Robert E. Lee High School in Springfield, Virginia. The outside hitter played her first three seasons under Mary Frances Heishman and her senior season under the guidance of Coach Spector and his staff. Wittmer finished her junior season with 232 kills and has played a major role in the Lady Eagles success this year. The total for this season was at 179 heading into the match with MBC.

BC swept the match 3-0 (25-17, 25-15, 25-23) to improve their overall record to 21-7 and will try and capture #22 tomorrow night at Mary Washington University in their regular season finale. BC will compete in the Old Dominion Athletic Conference tournament on November 7TH & 8TH at Hollins College.