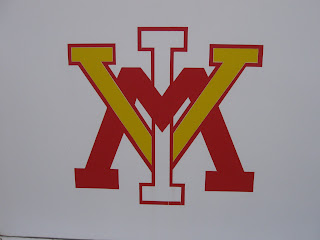 Mr. Baker (Katie's Dad) asked me if I knew how I was going to fill the time between the ODAC semi-finals and the Big Region B Finals (7:00 P.M). There were a number of folks that were doing double duty that day and I am sure that everyone was looking for a side trip or an adventure. I found a few and wanted to share some of the fun. The above VMI (3-6, 1-3)actually came off the back of a bus parked at the stadium. The pics below try and capture some of the action that took place as Liberty (8-2, 4-0) in a Big South Showdown. 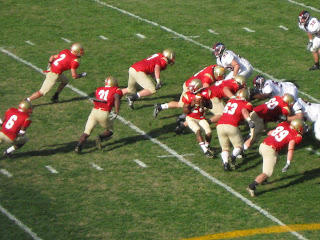 The individuals listed above (Jefferson & Smink) are two of my favorite Luray Wranglers from the 2008 Championship Season. Great pitching (Smink) vs. Great Hitting (Jefferson) on the football field this time. JJ's Flames came out on top in the end by a final score of 38-26 in front of a crowd of 6,813. 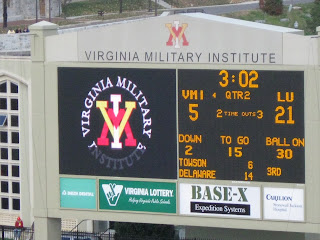 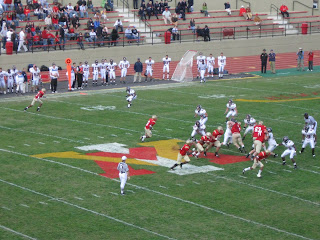 VMI on offense near mid field 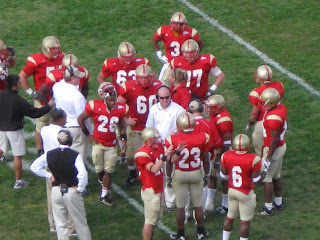 Coach trying to rally his troops. VMI trailed early 21-3 but would rally late. 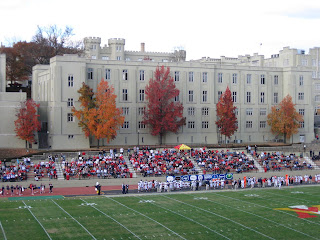 The LU side line and the building backdrop. No word if Jefferson, Ashley Turner, Sabrena Carter or Andy Caviness were among the LU fans. 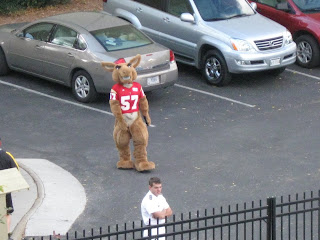 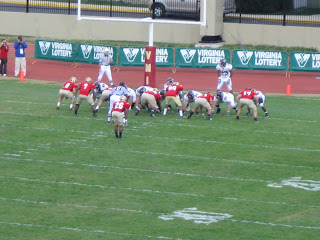 VMI getting ready to punch it in... 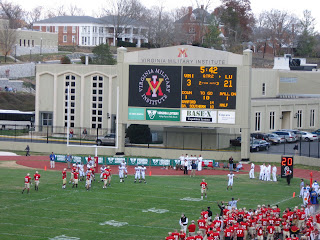 Life is good in Lexington... But that was just one of 4 stops along the way on Saturday! 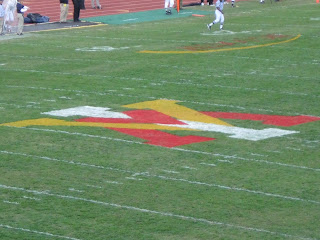