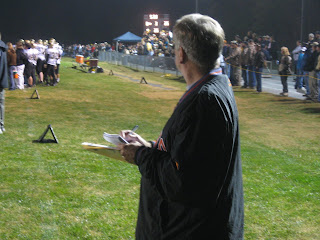 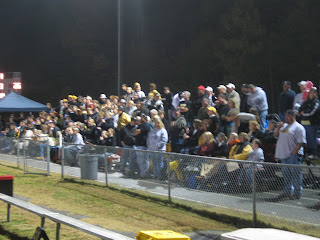 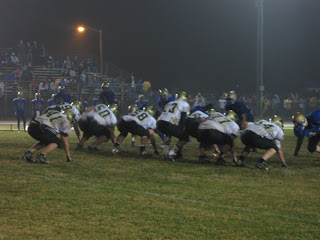 The Bison scored their 7 TD's about every way imaganible. A pair of punt returns in the first half by Daniel Wise (80 yards) and Michael Johnson (60+ yards) plus a 35 yard TD pass from Ryan Sheridan to Wise...

One of the most impressive parts of the Gap romp came after the Cumberland Dukes scored their two touchdowns. Cumberland scores with 1:58 remaining in the third quarter on a 36 yard TD pass and Gap answered just :23 seconds later. Johnson returned the kick-off all the way to the Dukes 5 yard line and Pickle Nuckols punched it in on the first play from scrimmage.

Cumberland (8-3) scored again with 11:54 remaining in the game on a 2-yard run and this time it took :25 seconds to answer. CHS kicked a pooch ball collected by Boone Jones and Jones retuirned it to the Bison 48 yard line. Nuckols for 7 yards and on 2ND down Sheridan took it to the house from 45 yards out. Nuckols added a final TD with 5:04 left in the contest to close out the scoring. Congrats to the Bison !

Covering the game - Bill Meade for the http://www.newsvirginian.com/, Rob Hartlaub for http://www.newsleader.com/ and you can also check it out at http://www.inrich.com/ for the Richmond Times Dispatch view on the contest...