End of a Long but Fun Day Down in Roanoke : ODAC quarter-finals and ESPN Radio football 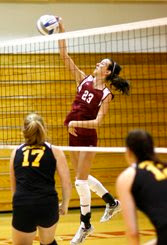 A few of the faces that made Friday a special day Around The Valley - Katie Baker of Bridgewater College VB, the U.S Army sponsored Tailgate show, News-Leader reporter Chris Lassiter, the VB Logo and Mr. Jim Sacco of the News Virginian ! 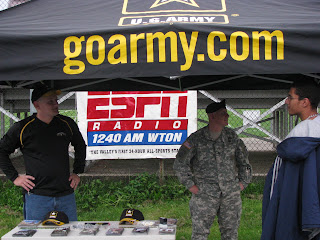 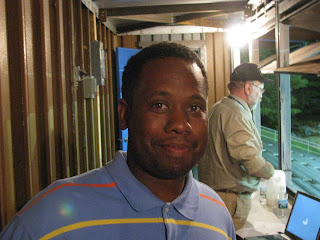 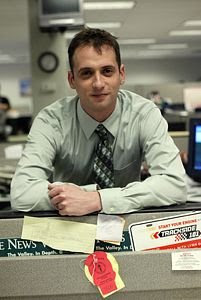 Bridgewater College faced Roanoke College in the #4 vs. #5 match and the two squads went toe to toe for five games once again. BC (23-7) dropped a 5-setter at home earlier in the season after taking a 2-0 lead on the Lady Maroons but this time the Lady Eagles were able to hold on for a 3-2 victory that earns them a shot at W & L.