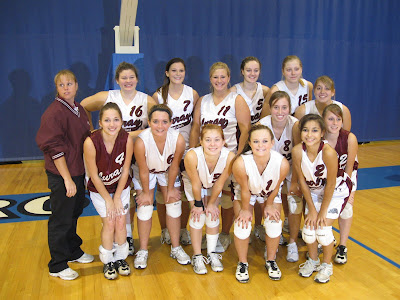 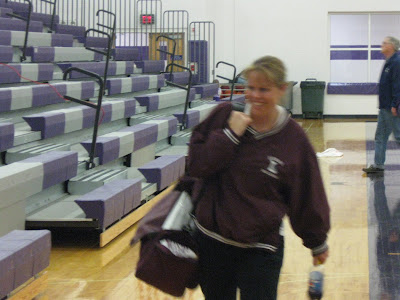 "I am very proud of the things we accomplished this season," Rothgeb said. "We finished miles ahead of where we were last year."

Luray (17-6, 8-2) finished the Shenandoah District regular season in second place and were the only District team to defeat Wilson Memorial. The Lady Bulldogs pushed the Hornets to game 4 in the District tournament before once again finishing in the two spot. This time the #2 finish earned LHS their first trip to Region B play since 1997.

Five of the six losses LHS suffered during their break out season came at the hands of District Champs- 3 times vs. Strasburg and 2 times vs. Wilson Memorial. Rothgeb's team captured 17 of 18 matches otherwise and their Coach tried to find a remedy for playing against the Rams.

"We have struggled at times this season with dealing with pressure so I let them know that if they tightened up against Strasburg I was going to make them do the Hokey Poky during the time out," Rothgeb added with a smile. "They were able to stay relaxed all night and we hung with them the entire match. I could not be any more proud of them for their effort tonight."
Congrats to Julie & The Lady Bulldogs on a succesful season !