June 30, 2008
A few photos from last night's tough battle at Rebel Park. Great game- Kevin Dietrich of New Market wins the game with a Solo Home Run in the bottom of the 8TH and there was free Ice Cream to boot! Covington took a 2-0 lead before Riley Cooper sparked a 4-run Rebel rally in the 4TH inning. Covington tied it up at 4-4 in the fifth then Kevin took care of the rest. NVD's Tim Tassa was there and wrote the "gamer" and you should check it out over at www.nvdaily.com .
Take a look at some of the pics and notes...... 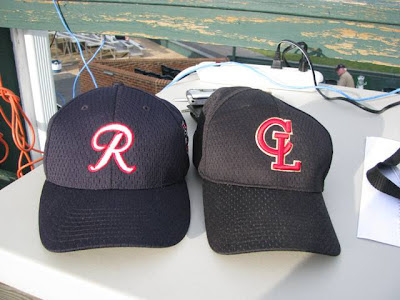 Game of the Night hats on display in the Crows Nest 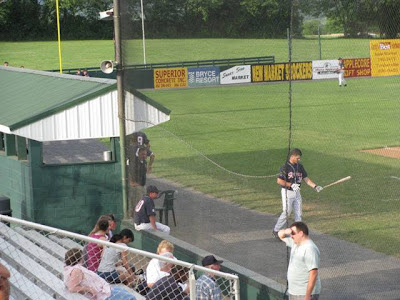 The Rebels getting ready for action 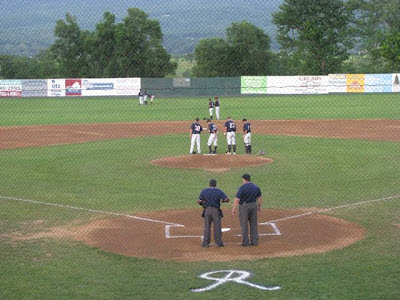 Tacey singing the National Anthem and the players saluting the flag 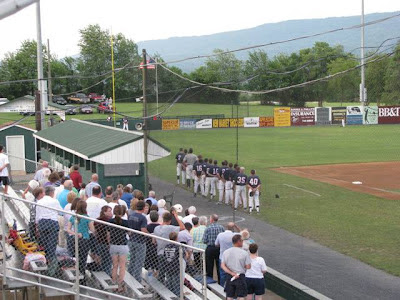 The fans and the rest of the Rebels- You can never have too many pics of people respecting the flag! 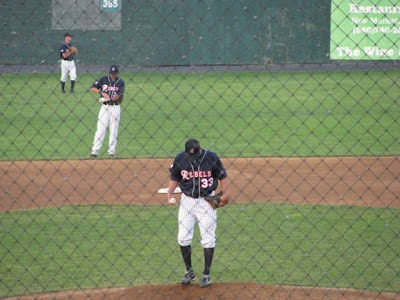 Kevin Crum on the hill 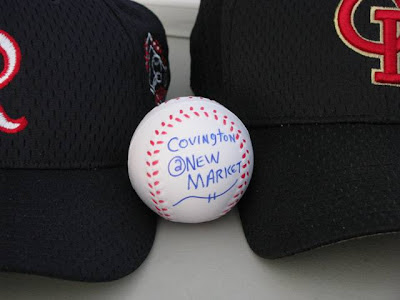 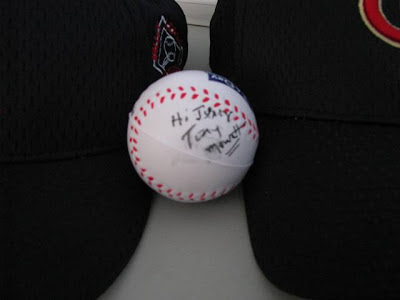 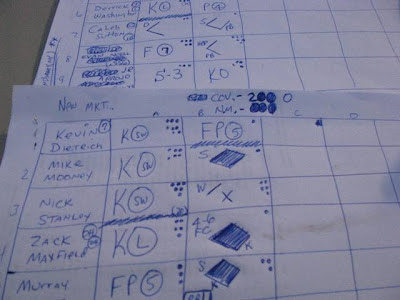 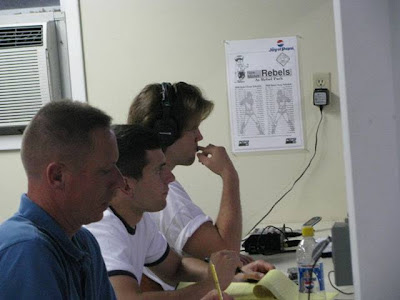 The man 0n the far right here is the radio voice of the Lumberjacks. I believe the station is Big Country 101 in the Covington area. I had a chance to visit with Mr.McLaughlin on my trip down to Covington and then some more in Woodstock, Luray and New Market. He is from the town of Queensbury, New York or as he likes to say- Canada because it is easier than trying to explain where Queensbury is. Love the accent and the energy he brings to the park and look forward to seeing him again Sunday at the All-Star game. The handsome fella next to him is the NVD's Tim Tassa. 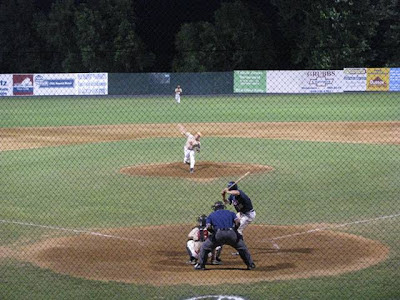 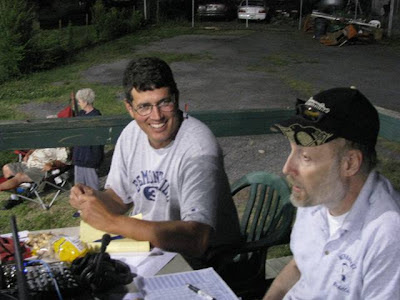 Jay and Tony describing the action from the Nest! 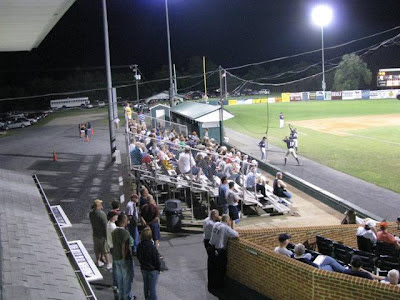 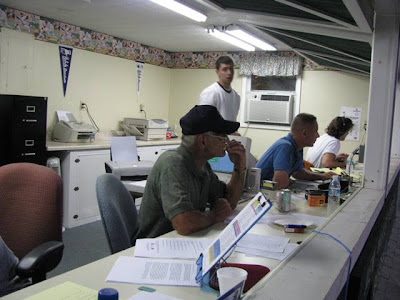 Dave Beaver and company in the press box 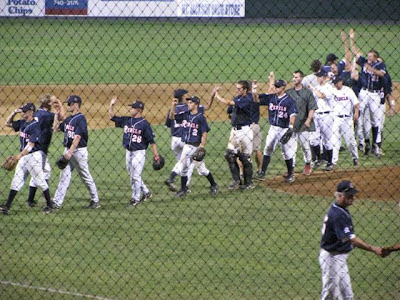 The best part of winning a game- sharing high 5's! 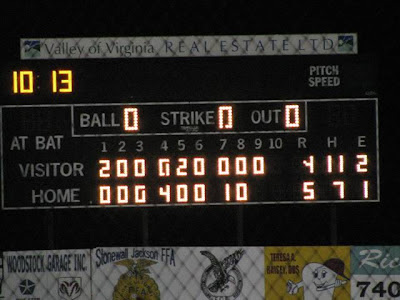 The score board tells the tale of the night......