Waynesboro vs. Luray written by GeneralsSignGuyMike 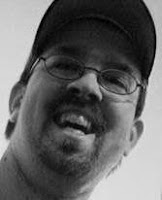 Tonight at Kate Collins Field both league leaders in the Valley League went at it with the Luray Wranglers coming in with a 9 game winning streak against the Waynesboro Generals who was coming in winning 6 out their last 7 games. One of the biggest crowds of the year saw a great game. I don't have an official count on how many was there but I roughly say about 600 or more people was at Kate Collins Field.


Now with the story on the game. Waynesboro defeated Luray 4-1 ending Luray's winning streak at 9 and also the Generals have started a 2 game winning streak of their own. Adam Liberatore from the Generals got the win and is now (4-0) and he pitched 8 innings, giving up 1 run (solo HR in the 4th), 4 hits, 7 K's and 1 walk. Luray's starting pitcher I missed due to making it to the game in the 4th inning, the player was making his 1st start and was from Miami.


The Generals took a 1-0 in the 1st when Greg Meleski doubled and then Evan Webb had a RBI single and stole second. Luray scored one run in the 4th, then the Generals scored 2 runs in the 5th when Derek Hamblen had a single then went to 2nd base after a throwing error, Meleski once again had a huge hit having a RBI triple and Webb had once again a RBI single and another stolen base in the 5th. The Generals scored the final run in the 7th when Brandon Sizemore singled then stolen his 7th base of the year and once again Webb had another RBI single and a stolen base. Daniel Wiltz for the Generals pitched in the 9th striking out 1 and getting his 4th save of the season.


Big stars for tonight's game was Evan Webb (notice the number 3) going 3-4 having 3 singles, 3 RBI's and 3 SB. Greg Meleski went 2-4 with a RBI triple and double. Evan Webb on the season now has 4 HR, 22 RBI and I say in my opinion he is on the all-star team.


Waynesboro (16-7) will be facing the Woodstock River Bandits (10-13) at Kate Collins Field tommorrow and Luray (17-7) will have the day off before facing the New Market Rebels (8-17) which is a game I will be seeing in person.