Waynesboro jumps over the Gators 6-2
Written by: GeneralsSignGuyMike (Michael Kerr)


Both teams came in hot in this one with the Waynesboro Generals winning 4 out of their last 5 against the Fauquier Gators winners of 4 straight. It was scoreless early on until the 3rd inning when the Generals put 4 runs on the board when Ryan Danbury lead off with a single then went to 2nd on a WP then Gabriel Saade had a RBI double to grab a 1-0 lead. Austin Morgan came up with a RBI single and after that Ryan Adams had a single. After Evan Webb had a flyball out, Grant Buckner had a 2 RBI single to put the Generals ahead 4-0. The Gators made it 4-1 in the 5th but the Generals plated another run in the 6th when Derek Hamblen singled and then moved up to 2nd on a wild pitch and after a sac fly by Rhett Stafford, he then scored when Ryan Danbury had a sac-fly. The Generals added their last run with a solo homerun by Gabriel Saade in the 9th.

Waynesboro's starter Andy Altemus (6-1) got the win going 8 innings, striking out 8, walking none, and giving up just 1 run on 6 hits. Pete Vandenbout pitched the 9th giving up 1 run on 2 hits. Fauquier's starter Eric Alessio (2-3) got the loss going 5 2/3 innings, giving up 4 runs on 7 hits, struck out 4 and two walks.

Waynesboro improved to 26-11 and are back home to face the New Market Rebels who are 12-25. The last time the Generals and Rebels faced off it was a 16 inning shootout at Kate Collins Field that the Generals won 4-3. Fauquier fell to 22-14 and will be in Harrisonburg who are 14-22 both on Sunday and Monday. The Generals are still 5 games up on Covington and 5 1/2 on Staunton and they are just within a few games to clinch the Southern divison. The Covington Lumberjacks and Staunton Braves will be at it tommorrow in Staunton to decide who will be in 2nd place.

On the other note, Chuck Harris and I did finish our Around the Valley in 60 Days passport to all the parks today along with Tabitha Lunsford, Beverly Henderson and Keron Hutchinson which makes us so far the Generals fans that has made it to all 11 parks in the Valley League. I will have a story here on Monday about Superfan Chuck and I will have a story about my journey. 
The Waynesboro Generals got back to their winning ways after their 9 game home winning streak was snapped on Thursday by the Winchester Royals. Jake Cowan from UVA went all 9 innings, the 1st complete game for the Generals believe it or not. Cowan struck out 11 batters, a career high I believe, gave up 2 runs, (1 in the 1st and 1 in the 6th) on 3 hits and walked four. In his last game vs Harrisonburg last week he pitched 7 innings and only gave up 2 hits, he improved his record to (3-1) on the season. Robbie Andrews which I believe was the losing pitcher for the Covington Lumberjacks going 5 2/3 innings giving up 5 runs on 8 hits, struck out one and walked two.

Covington lead early when they scored a run in the 1st but in the 3rd the Generals tied it when after a Gabriel Saade single and stolen base, Greg Meleski had a RBI double. Waynesboro scored another 2 runs in the 4th and never looked back when Ryan Adams and Evan Webb both scored and Michael Parker had a RBI. Big stars hitting wise for the Generals was Gabriel Saade who went (3-5,double,run,SB,RBI) and Evan Webb who went (2-4,both singles and 2 runs).

Waynesboro improved to (15-3) at home and will have 4 more home games to come next week. With the win the Generals (25-11) now leads the Covington Lumberjacks (20-16) by 5 games and the Staunton Braves (20-17) by 5 1/2 games. They are within a few games of clinching the Southern division now too because they own the tiebreaker over Covington 3 wins to 1 win.

The Waynesboro Generals are off to Fauquier tommorrow to face the Gators (22-13) while the Lumberjacks are at home to face the Winchester Royals (20-16). Tommorrow will be the day I finish along with Chuck Harris to going to all 11 ballparks in the Valley League joining two other fans Tabitha and Shirley as the only Generals fans to make it to all the VLB ballparks. 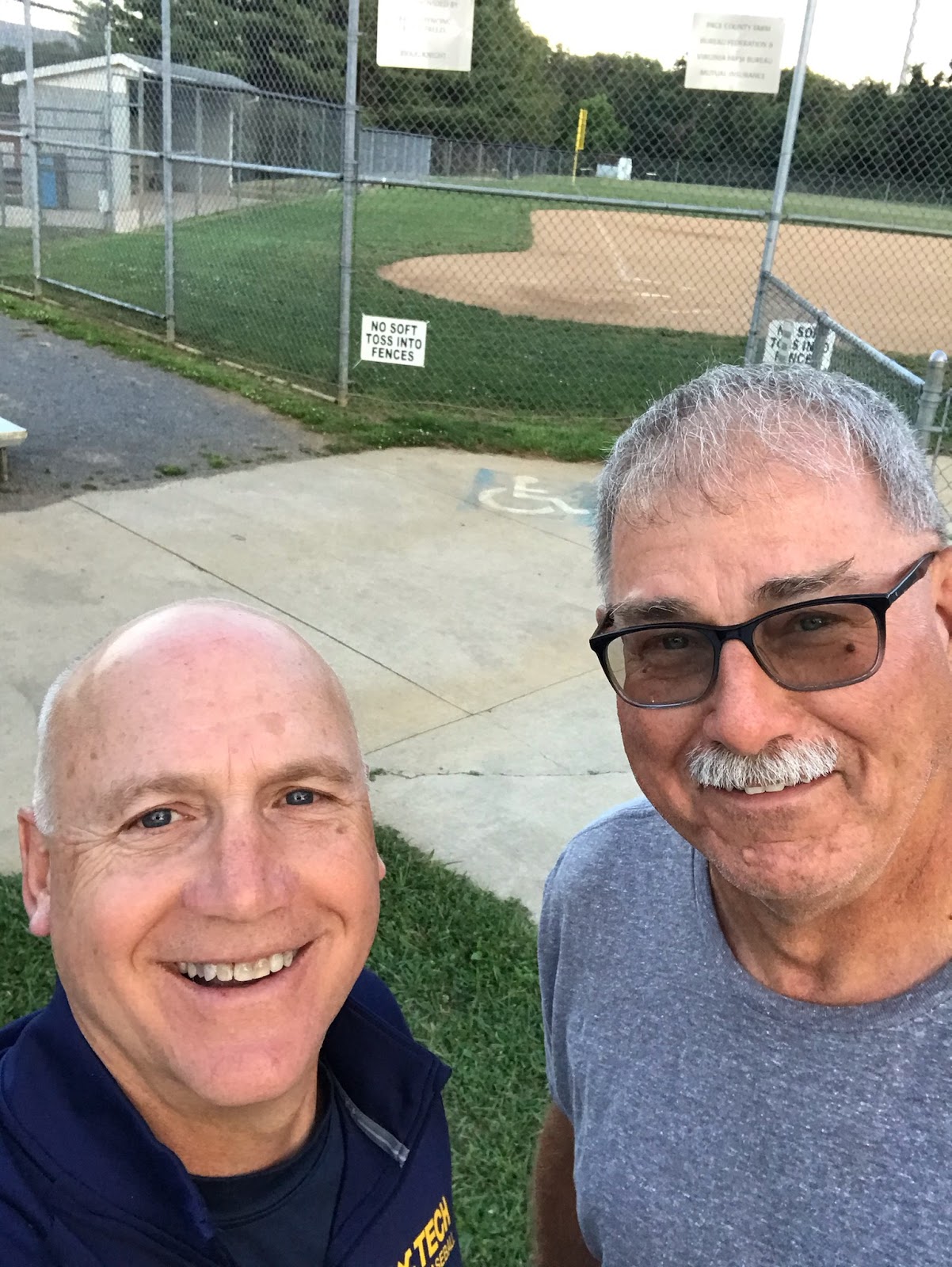